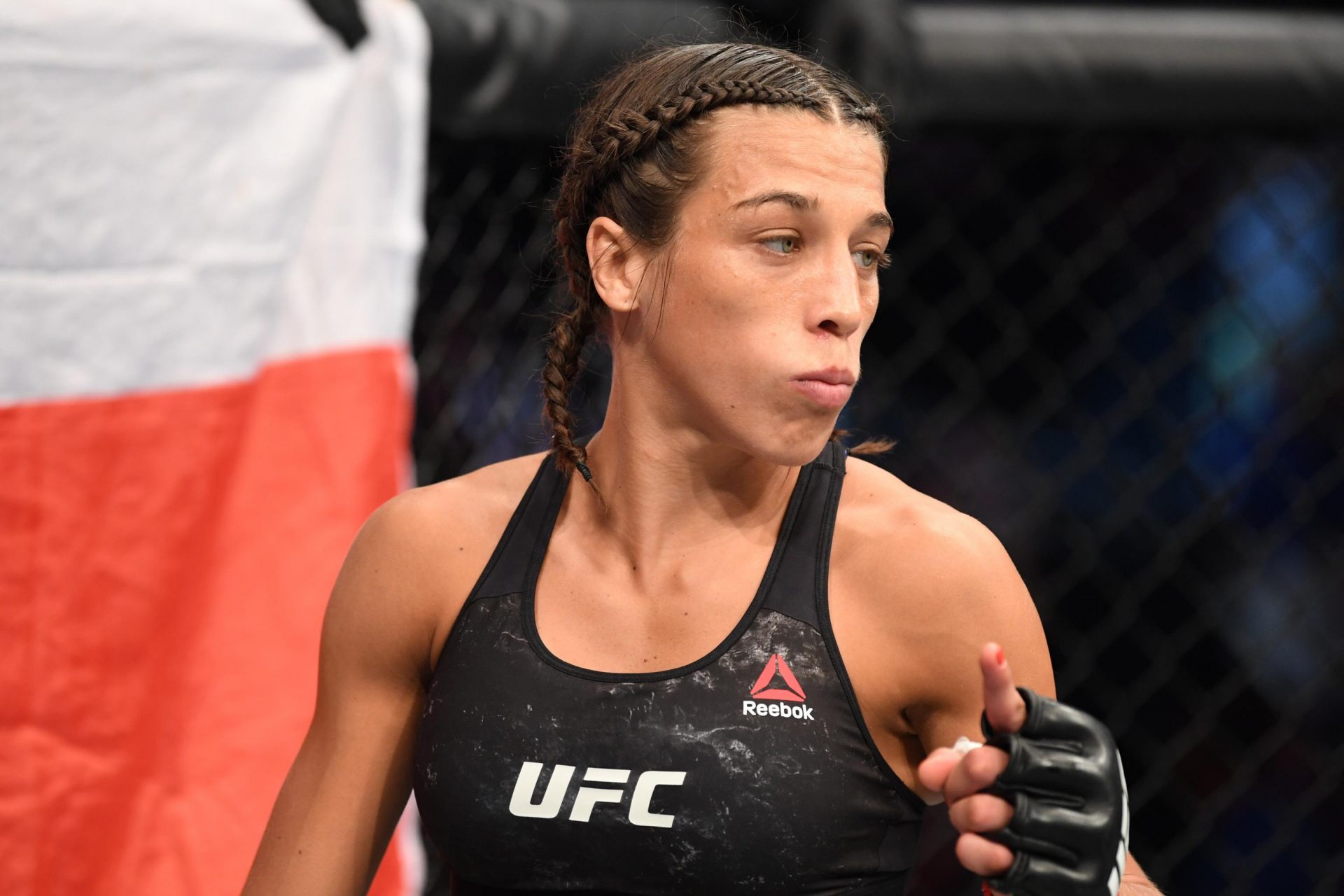 However, it didn’t come easy for Joanna Jedrzejczyk as she almost came close to quitting the sport because she was in a bad place financially and wasn’t getting any fights.

“Six months before I signed with the UFC, I wanted to quit and I was really broke and I was training, there was no fights, I got new management, I signed with Invicta [FC],” Jedrzejczyk told BJPenn.com. “But there was no fights, it was a really rough time for Invicta. I was in camp for such a long time and there was no money, no sponsors. I got a little bit of money but I hit three fights with my UFC debut in three months and my life got changed. I didn’t give up.

“I won the fight in my town, some small show, and two weeks after I got a call from Cage Warriors to face Rosi Sexton, and my coaches and my manager didn’t want me [to] but they said, ‘Okay, it’s your decision,’ and I said, ‘Take this fight in two weeks, we win this fight, and we’ll sign with the UFC.’ I knock Rosi Sexton [out] in the second round, because they thought I was going to lose because Rosi Sexton was a UFC veteran, but I didn’t. Three days after the fight I got a phone call from [UFC Matchmaker] Sean Shelby and I did it. I did my UFC debut five weeks later.”

Joanna Jedrzejczyk further revealed she had to work hard to get to the position where she is at present and it all didn’t come easy to her.

“There was no money, you know?” Jedrzejczyk said. “Since I was a little girl, I always liked money and I wanted to make money and I was a hard worker even when I had no money. I was never a person who was complaining and I was never a jealous person. For example, I had no Nike shoes, and I was not jealous that my friend had them. I was just like, ‘Okay, one day I’ll have the Nike shoes, one day I’ll have this or that,’ and I worked my ass hard to do that but I wanted to quit because I was investing everything into the sport. At that time I was six-time Muay Thai world champion, five-time Muay Thai European champion, I had nothing – like no money. I just wanted to buy a car, buy nicer clothes, and I didn’t want to only invest when I was not getting back. So at that time, I considered quitting the sport.

“It worked out but it didn’t work out the way I wanted. But then I was like, ‘God, please give me one more chance,’ and my life got changed. It’s good to be patient. I had so many lessons. Now I don’t have to put my health and life on the line to fight for the money I get from the fights because I can make this money easy outside the gym and Octagon without putting my life and health on the line.” Joanna Jedrzejczyk concluded. (H/T – BJPenn.com)