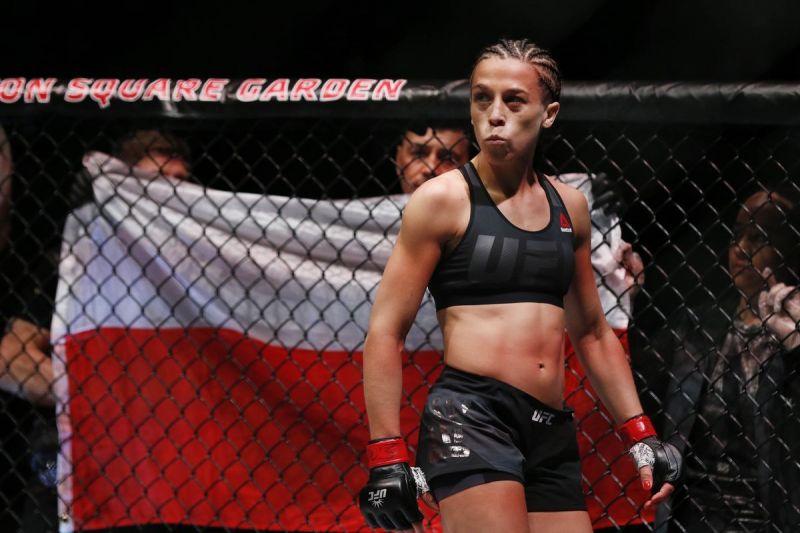 The former UFC women’s strawweight champion Joanna Jerdrzejczyk recently revealed that the UFC matchmakers have previously offered her a fight against the current UFC strawweight champion Weili Zhang but she had turned down the fight all three times because she felt that Zhang desperately needed her. 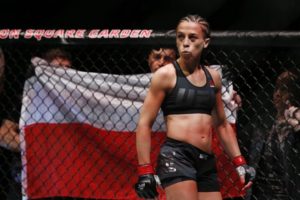 In a recent conversation with MMA Fighting’s Eurobash podcast, Jedrzejczyk revealed that she had been offered a fight against Zhang by the UFC 3 times previously. However, she revealed that she refused the fight offers because she realized that the UFC was trying to use her to market and increase the popularity of Zhang. Here’s what she had to say:

The day before this fight happened between [Jessica] Andrade and [Weili] Zhang, I said that this fight was going to end in the first round and I put my money on Zhang. She’s good, but the truth is they offered me Weili Zhang three times before that fight and the thing is, she needed me. Okay, she’s the champ now so it might look like she never needed me to become someone. Sometimes people are like, ‘Do you know who she is now?’ Of course I know who she is, but I fight in the Octagon, you know? I’m a professional athlete, I’m a businesswoman and I know who I am. I don’t do fights on Twitter. If [others fighters] call me out, I like it because I know I am in a strong position. Why are they calling me out? Because they know I can bring them to a different level. Maybe they can be lucky and win against former UFC champion, a dominant champion, which I was. [That would allow them to] get better money, get better exposure. Of course, they offered me Weili Zhang, but my goal was to fight for the belt. I took my spot, now I’m fighting Waterson and then I will go for the belt. Slowly, step-by-step, I will reach my goals and my dreams.