UFC News: Joanna Jedrzejczyk to have plastic surgery for hematoma sustained in barnburner at UFC 248 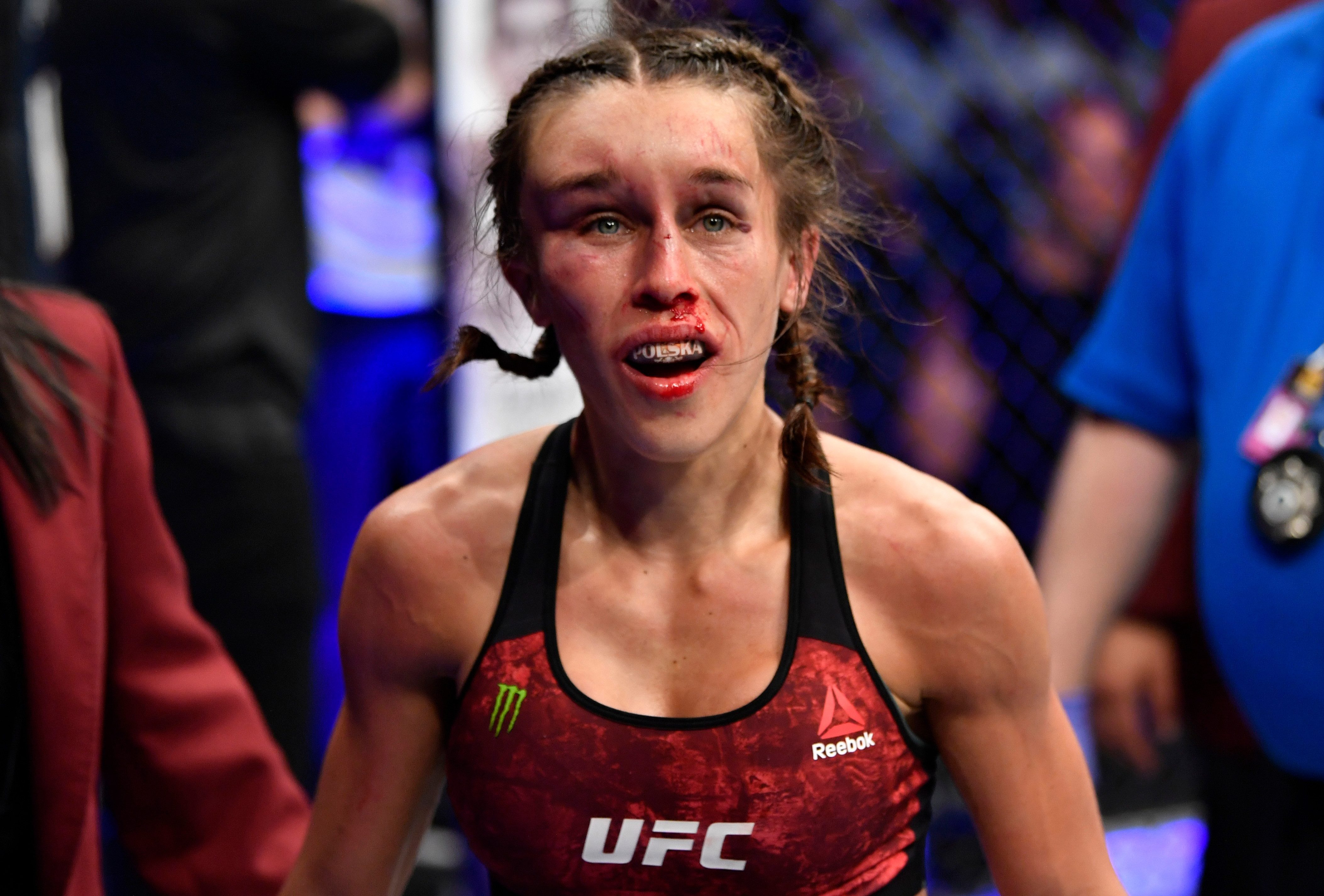 Joanna Jedrzejczyk suffered a nasty hematoma in her fight against Weili Zhang at UFC 248 last week. It was one of the best women’s title fight in the history of UFC. 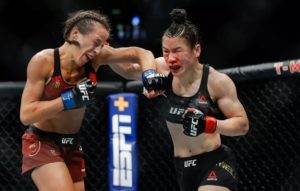 Following her loss, she was taken to the hospital for check-ups. Now Joanna has given an update regarding her health. She revealed that she will be traveling to Poland where she will be undergoing facial surgery.

“My whole face is bruised but … there’s no more swelling on my head,” Jedrzejczyk said to TMZ. “It’s more on my face, and like my neck. It’s going down, but it’s much better.”

“I scheduled surgery in Poland with the best plastic surgeon, so it’s all good. On Monday, I’ll have a small medical procedure on my ear and the swelling will go down and I will be ready to rock and roll.”

She also revealed that she is open to fighting Weili Zhang in a rematch.

“I want to fight the best, if it’s the next step, yes … of course, why not?” Jedrzejczyk said. “Let’s rock and roll again. Let’s dance again, fight for the belt.”

“I’m not sad, I’m not happy. I’m just resting, recovering my body, and I cut myself a little bit from the media, from what’s going on around, and I feel good.”

Joanna was crying at the hospital

Weili Zhang revealed that Joanna was crying at the hospital because of head injuries.

“After the match, Joanna and I, we both met at the hospital. We arrived at the hospital almost at the same time. There was just a curtain between us,” Zhang said. (via BJPenn.com)

“She kept crying for hours. I feel very sad. I especially wanted to comfort her. But the language barrier, I can only tell her, “Good job! You did very well. You are very good.” Then she kept crying, covering her head,” Zhang continued.

Previous articleUFC News: Read which UFC Champion feels that Halle Berry can give ‘competition’ to other fighers in the promotion
Next articleUFC News: Cody Garbrandt hospitalized due to kidney issues; out of Raphael Assuncao fight