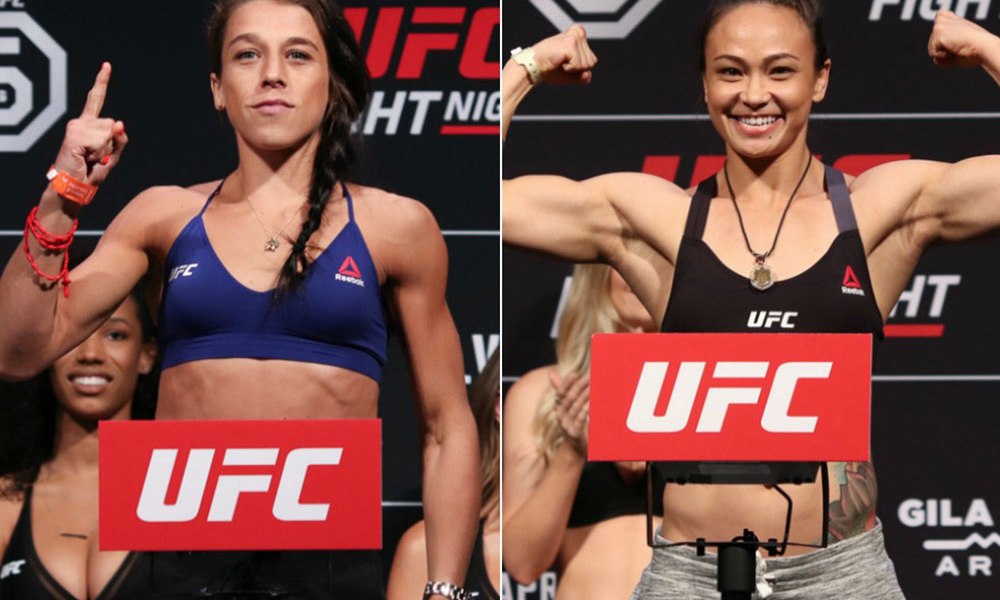 Joanna Jedrzejczyk will be stepping back into the Octagon back to 115 pounds to go against Michelle Waterson in the main event of UFC on ESPN+ 19.

The two fighters have reportedly agreed to the fight verbally and it will be on the Oct 12 card, but the location has not been decided as of now.

Michelle Waterson is already viewed by many as the top contender in the division. “The Karate Hottie” is currently on a three-fight win streak, having recently defeated Karolina Kowalkiewicz, Felice Herrig, and Cortney Casey, all by decision. Prior to this streak, she came up short to Torres and Namajunas.

Jedrzejczyk (15-3 MMA, 9-3 UFC) will be making her way back after a break following a failed try at winning the flyweight title. She was defeated via a unanimous decision to Valentina Shevchenko for the inaugural 125-pound title last December at UFC 231.

After an undefeated start to her pro career, capturing the strawweight title and defending it a record five times, Jedrzejczyk is facing her roughest patch yet. She has lost three out of her last four fights and will look to rebound when she faces Waterson.

Jedrzejczyk vs. Waterson could serve as a potential title eliminator for a title match.

Previous article
Joe Rogan on Tony Ferguson: He just doesn’t get tired!
Next article
Watch: How Ben Askren reacted in real time when Jorge Masvidal knocked out Darren Till