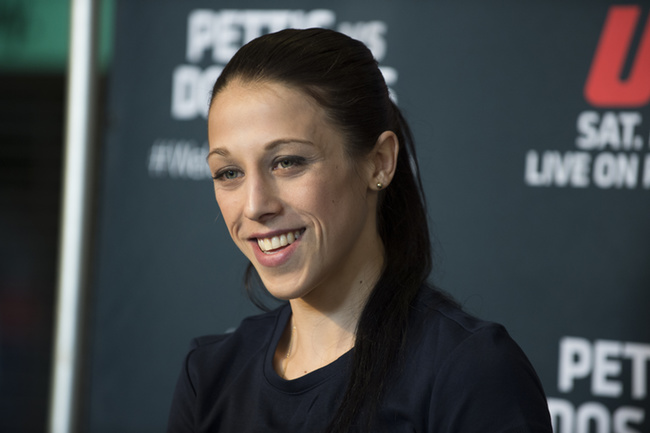 Joanna Jedrzejczyk has fought Jessica Andrade last year at UFC 211 in American Airlines Center in Dallas, Texas and comfortably beat her via unanimous decision. However, Jessica Andrade ever since her loss to Joanna has been on a three-fight winning streak and in her last fight at UFC 228, she brutally knocked out Karolina Kowalkiewicz in the first round and is on her way to a shot at UFC strawweight title against Rose Namajunas. 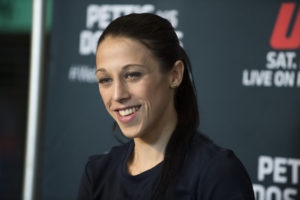 Jedrzejczyk (15-2 MMA, 9-2 UFC), a guest fighter at UFC Fight Night 136, told reporters her UFC 211 win over Andrade should serve as a blueprint for Namajunas when she meets the Brazilian contender.:

“We saw that Andrade is a gifted fighter with power, But people don’t know how to fight her. If Rose will do her homework, and if she watches my fight, she can be successful in this fight.”

“Andrade is a very dangerous fighter. You must have a good game plan for the fight,” Jedrzejczyk said.

Although, Jessica Andrade has said that she wants to fight Rose Namajunas at the end of the year on the UFC 232 card headlined by the super fight between Cris Cyborg and Amanda Nunes.

It’s unclear if Rose Namajunas will fight Andrade anytime soon, as she is traumatized by April’s bus attack in Brooklyn by Conor McGregor.

Previous articleBisping on hunting of endangered species: “This s*it has to stop!”
Next articleDana White on Jon Jones headlining UFC 230: “Not true!”