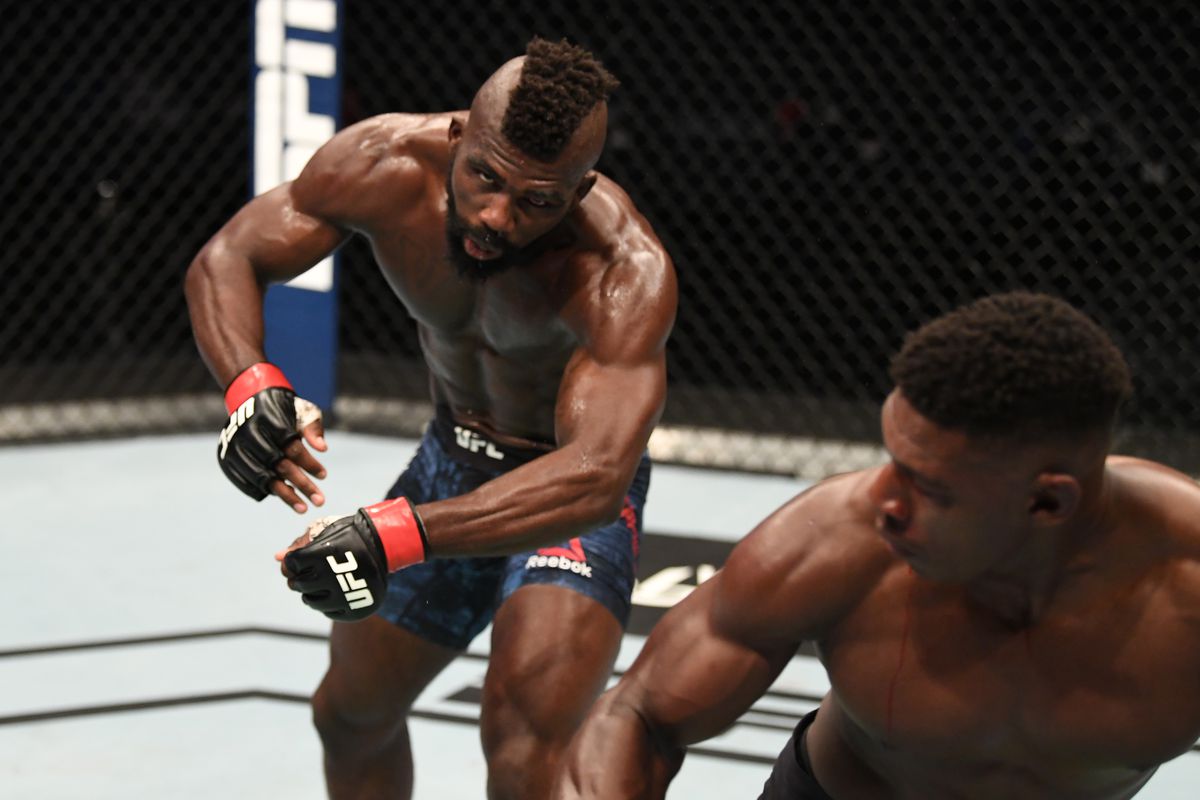 2020 has been a wild year for MMA. The ongoing Coronavirus pandemic wreaked havoc around the world and has forced businesses to close and affected the livelihood of many people.

In the year 2020, MMA fans got to see some fantastic fights that ended in some devastating fashion. This year was filled with some highlight KO wins which included one punch Knockout and some amazing techniques that took the world by storm.

A.) Joaquin Buckley vs Impa Kasanganay 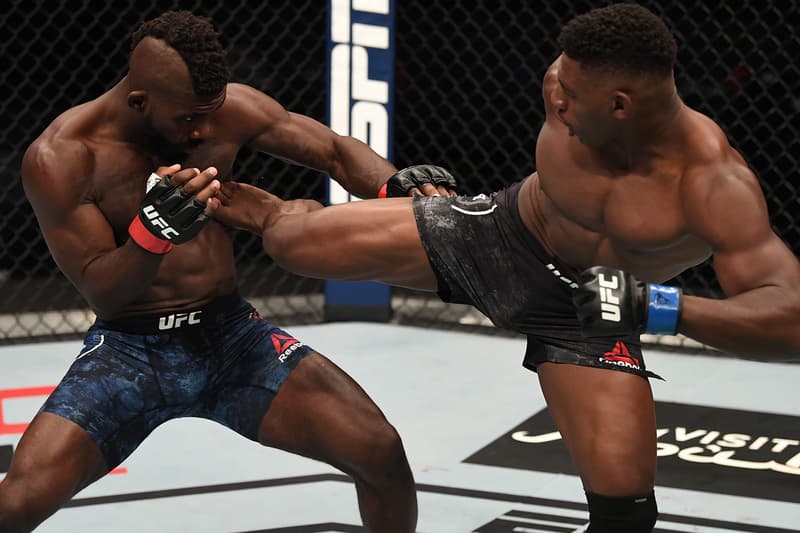 Joaquin Buckley handed middleweight prospect Impa Kasanganay his first pro loss and he also put his name in the race for Knockout of the Year in the process as he finished his foe in the second round.

Go all angles on @NewMansa94's masterpiece 😳

Not surprisingly, Buckley was swinging for the fences, and he rocked Kasanganay early, but the North Carolina prospect cleared his head and got back to business. Just before the midway point, Buckley got a takedown that resulted in a brief stay on the mat, but he was doing his best work on the feet, as he tested his opponent’s chin regularly.

Buckley kept the heat on in the second, and while it didn’t look good when Kasanganay caught one of his kicks, the St. Louis product didn’t hesitate to respond, as he delivered a jump spinning back kick, and that was the end of the fight. The time of referee Kevin Sataki’s stoppage was 2:03 of round two. It was the most creative KO in the UFC.

B.) Cody Garbrandt vs Raphael Assuncao 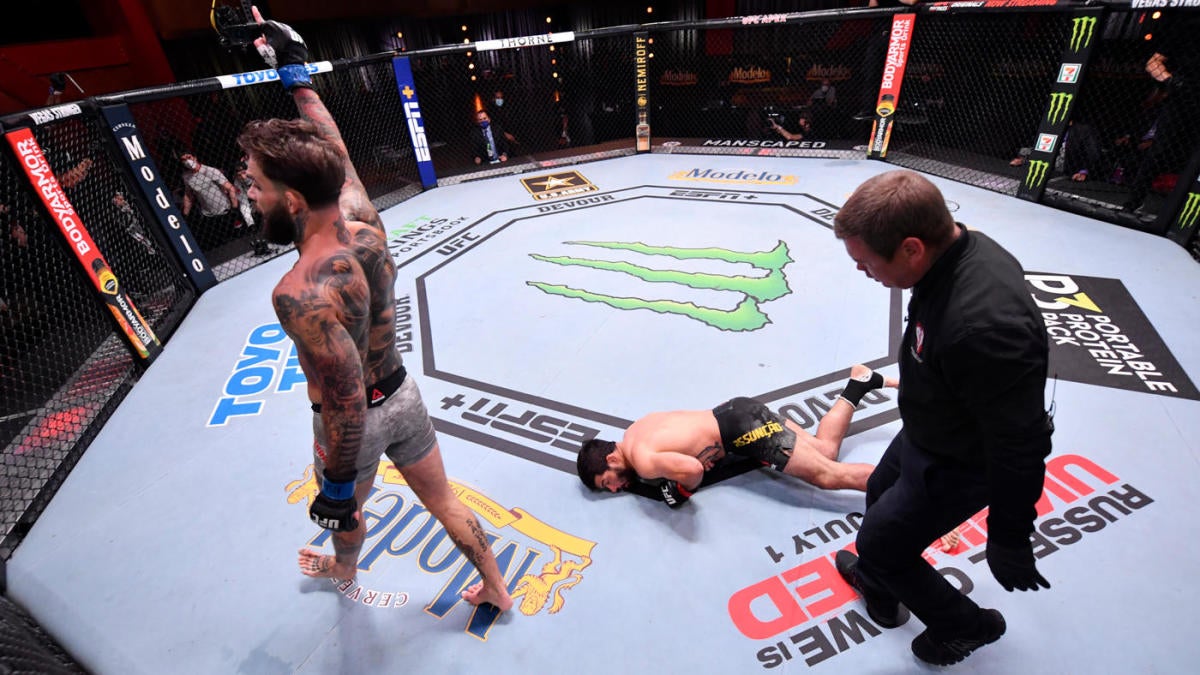 Garbrandt put together a disciplined, technical attack in the opening frame, with his kicks to Assuncao’s leg his main weapon as he piled up the points. Assuncao did get in his shots, though, an impressive feat given the gap in speed between the two.

The battle remained close in the second, but a flash knockdown scored by Garbrandt with a little over a minute left was probably going to get him the round before “No Love” made sure there would be no third frame, as a vicious right hand amid an exchange ended the fight immediately at 4:59 of round two. 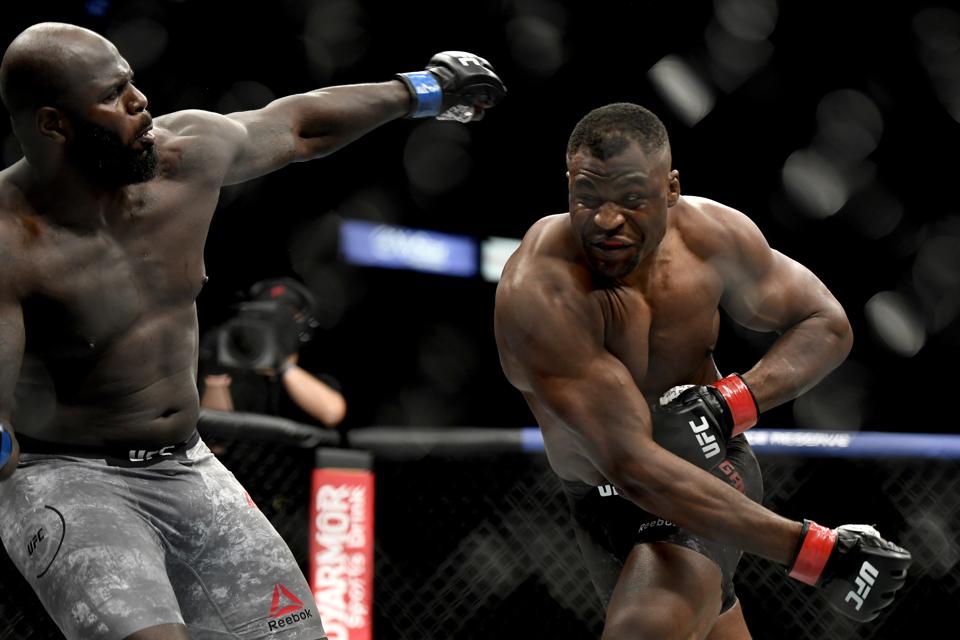 It took Ngannou less than 20-seconds to KO Rozenstruik. As the fight started, Rozenstruik landed an inside leg kick, but soon Ngannou charged and landed his counter right hand. This dropped Rozenstruik towards the cage and then he ended the fight with a crushing left hand.

Ngannou has been on a tear in his last four fights. He has only spent 2 minutes and 40 seconds inside the Octagon in his last four fights. It’s still unclear as to when Ngannou will get a title shot next as Stipe Miocic is supposed to defend his title in a trilogy fight later this year. The fight was supposed to take place in the first half of 2020, but the ongoing Coronavirus outbreak has delayed the champion’s Octagon return. 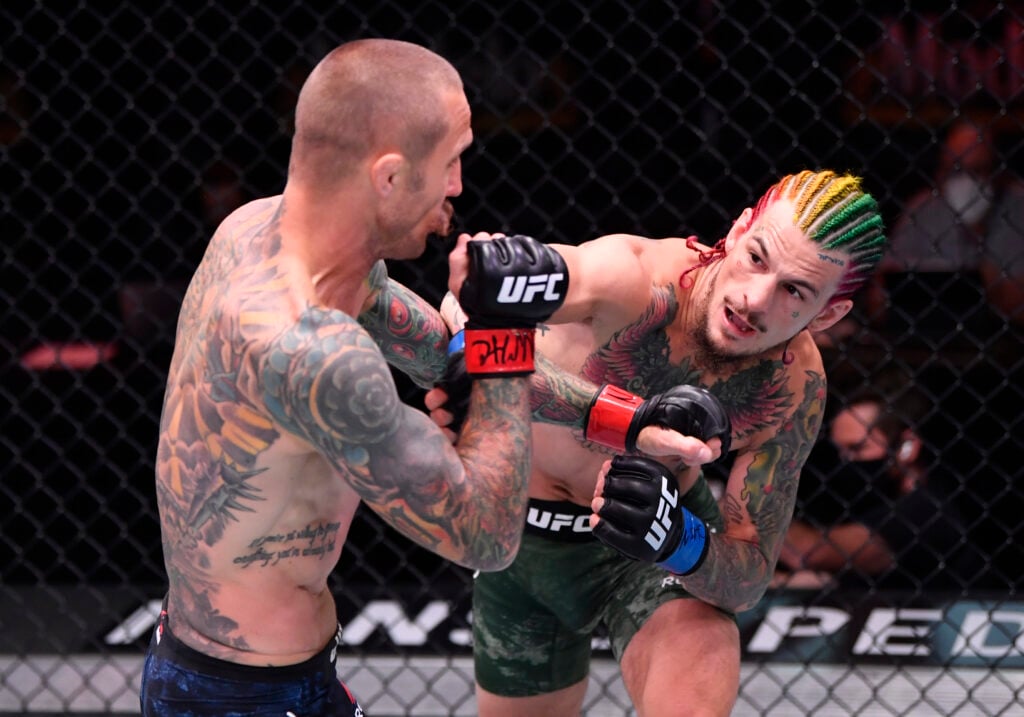 Wineland landed the first significant punch of the fight, a right hand upstairs in the second minute, but O’Malley took it well and drilled Wineland with a right hand a minute letter. It was a sign of things to come, as another right hand landed flush and knocked Wineland down and out, with no follow-up shots necessary as referee Herb Dean stopped the bout at 1:54 of round one.

Most fans and pundits alike considered Wineland a litmus test for O’Malley to see if he could live up to all the hype that he had garnered. ‘Suga’ proved that he is the real deal when he stopped Eddie in the very first round. 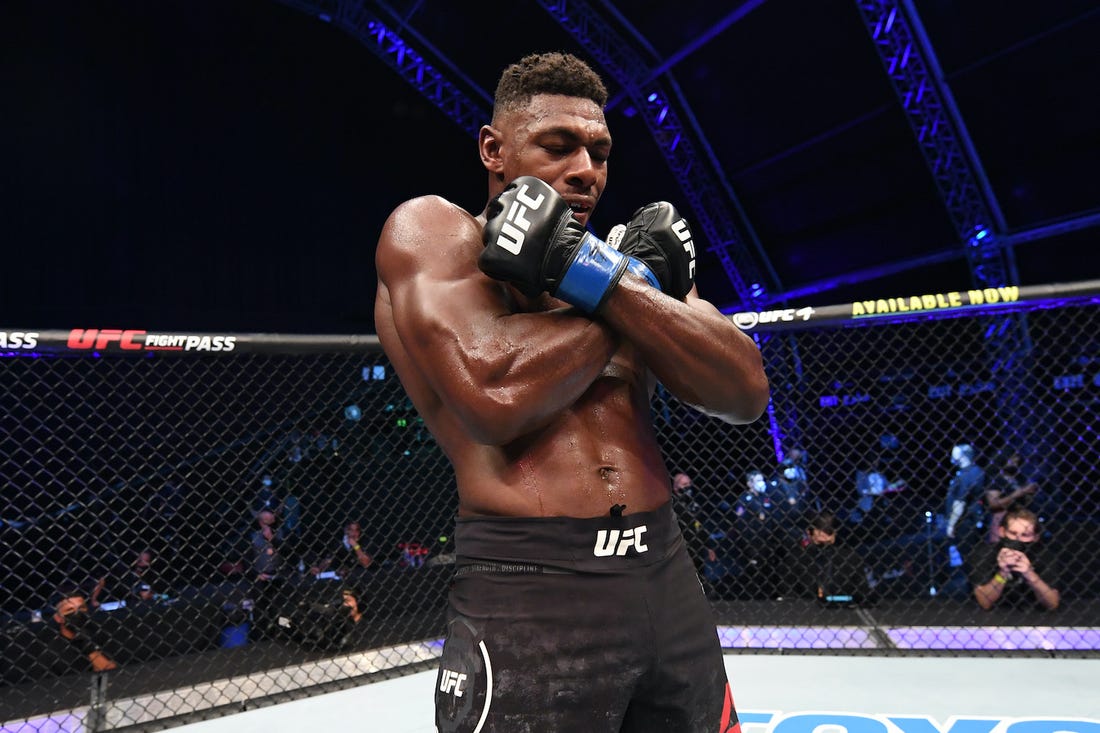