UFC: Joe Duffy will not call out Conor McGregor – but happy to demonstrate that he could beat him again 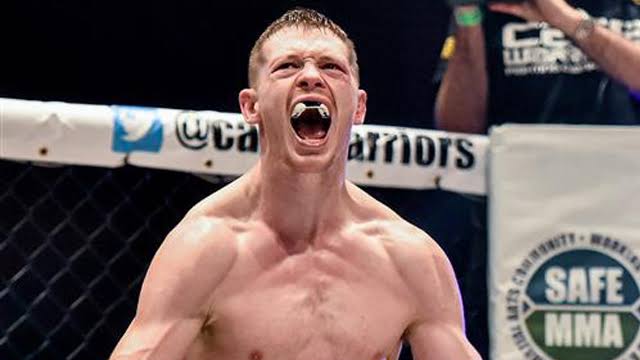 Former double champ ‘The Notorious’ Conor McGregor entered the UFC with a lot of hype. McGregor was already a double champion in Cage Warriors and had a record of 12-2 with a six fight winning streak. However followed him was the last man to defeat him, ‘The Irish’ Joe Duffy. 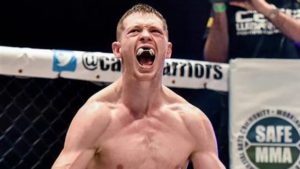 Duffy met McGregor around 8 years ago in an amateur fight. Even though McGregor was a different fighter back then, Duffy absolutely decapitated McGregor via submission and it took him only 39 seconds. Despite having such a huge name on his resume, Duffy does not wish to call McGregor out for a rematch. (via Twitter):

Joseph Duffy tells #Eurobash he won’t pursue Conor McGregor rematch but would love to prove he could beat him again (@PetesyCarroll) https://t.co/dimHYvAqiR pic.twitter.com/HNIXcSbSzv

“There’s always going to be people throwing my name out there [because of our first fight]. For me, it’s just that far in the past…the option is always open. If that happened, I would love it. Croke Park, it’s a dream for anyone; it’s like a Dublin vs. Donegal match for me. It would be a huge fight and I’m pretty sure we would sell out Croke Park no bother, but it’s not something I’m pursuing, I just want to do this my way and I suppose I’ve got to take one fight at a time.

“If that opportunity presents itself, of course I’d love to have that fight again. Look what [McGregor] has gone on to do and obviously I would love to prove that I could beat him again. I’m not going looking for [a rematch]; I’m just focusing on my own thing. I’m not going to be calling him out and all this craic, it’s just not me.”