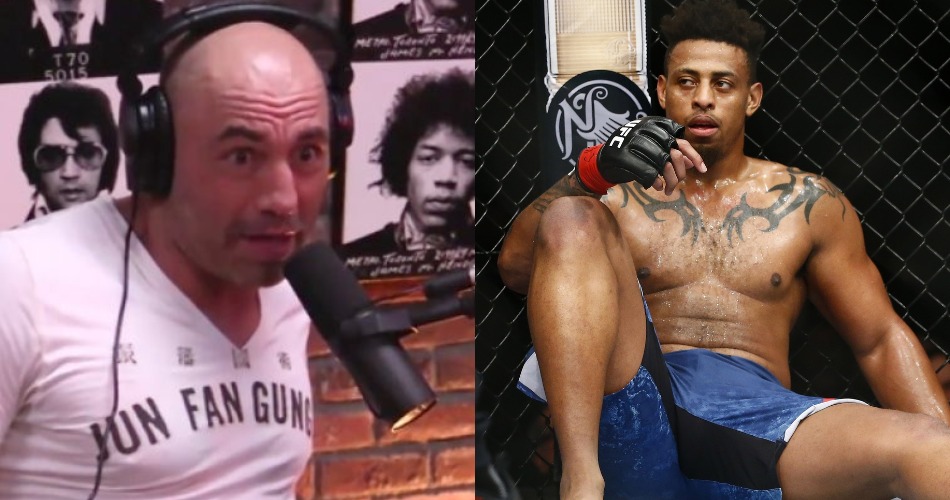 Two weeks back on UFC’s debut on ESPN+ at the Barclays Center in Brooklyn, former NFL player Greg Hardy also made his UFC debut and he faced heavyweight contender Allen Crowder.

Hardy was disqualified for illegal knee strikes on Crowder at the 2:28 mark of Round 2. After Crowder was unable to continue, the bout was called off. 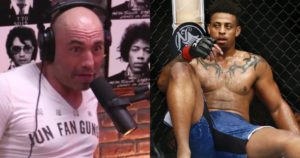 However, UFC commentator Joe Rogan wasn’t too excited about the fight and has called Greg Gardy’s UFC debut a ‘Joke’.

“I knew that guy was fading quick. … I was like, ‘He’s fading. I don’t like the way he’s stepping, he looks exhausted.’ He tired out quick.”

Although, Hardy’s opponent Crowder has said that the knee wasn’t intentional and it may have been due to inexperience to compete at the top level of Mixed Martial Arts.

Rogan then insisted that Hardy should be fed to former UFC heavyweight title challenger Francis Ngannou who is coming off of a first-round knockout win over Curtis Blaydes at UFC Fight Night 141 in Beijing, China.

“He hit that guy with the illegal knee. What do you do with him? Francis Ngannou!”

What do you guys think of Joe Rogan’s comments?