Joe Rogan: Conor will always have a problem with Khabib Nurmagomedov 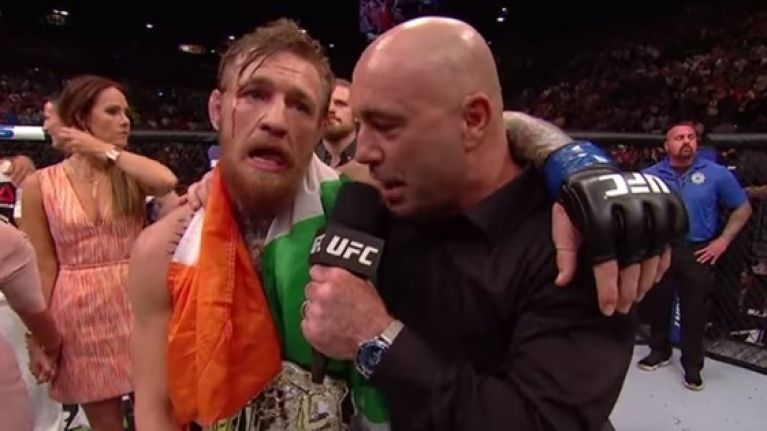 As McGregor is pushing for a rematch against Khabib Nurmagomedov after he was beaten and submitted by Khabib last year via a neck crank, Joe Rogan, UFC color commentator, still believes that one of the main aspects of their fight is less likely to change.

McGregor vs Khabib’s match one took place at UFC 229 last year in the month of October. In that fight, Khabib “The Eagle” Nurmagomedov was dominant throughout the match. He scored multiple takedowns mauled Conor most of the fight before forcing him to tap out in the fourth round via a neck crank.

As soon as the fight was over, Khabib confronted McGregor’s team and a brawl took place. leading to a number of suspensions and fines handed out by the Nevada State Athletic Commission (NSAC) including a nine-month ban to Nurmagomdeov and a six-month ban to McGregor.

In a recent episode of the “Joe Rogan Experience” podcast, Rogan mentions that he believes no matter how much McGregor prepares for Conor, he’ll never be able to hang with the wrestling of Khabib :

“He’s always going to have a problem with Khabib. Khabib’s wrestling is so high-level, it’s so different, he smothers you in a way that you think you have good takedown defense until you run into that mother—–.”