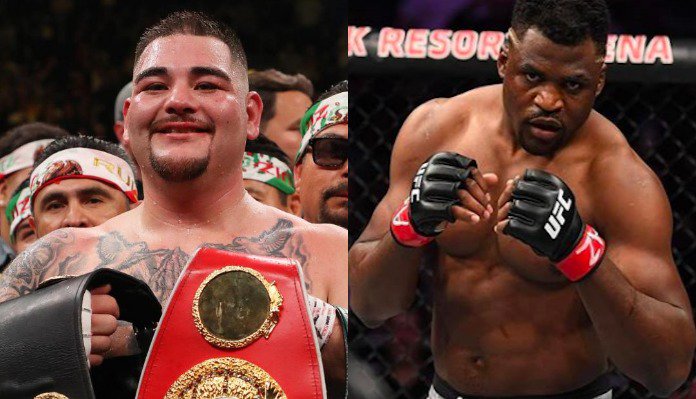 Eddie Bravo was the guest in the recent episode of The Joe Rogan Experience Podcast. He briefly talked about a potential Francis Ngannou vs Andy Ruiz match. 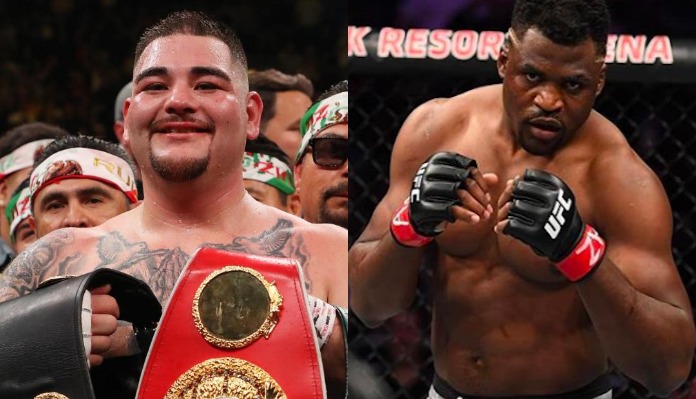 “I know he could box,” Rogan started, about Ngannou. “He could with training.”

“He’s so big and so powerful,” Rogan said. “He, in my opinion, the most dangerous one-punch guy I’ve ever seen. If you make any mistake with that guy… heavyweights just go flying across the room.”

Eddie Bravo chimed in with the question of a potential match between Ruiz and Ngannou.

“Andy Ruiz is a way better boxer,” Rogan answered. “He’s a way, way, way better boxer. It’s a big difference. Andy Ruiz has 100 amateur fights. People would [want to] see it, just like people wanted to see Floyd Mayweather vs. Conor McGregor. It’s kind of the same way, you know, Conor McGregor knocks people dead in the UFC, and Floyd Mayweather is the greatest boxer of all time — of all time. He’s probably the most skillful defensive artist we’ve ever seen. Floyd got hit a couple of times [in that fight]…

“The thing about Francis Ngannou is, I think even with big gloves, you can’t let him hit you with that,” Joe Rogan continued. “The way Floyd got hit with that uppercut by Conor, Conor just kind of placed it there. He popped him, it was a good shot, but Floyd didn’t get wobbled. He didn’t get dropped. If Francis hit somebody like that? I don’t give a f**k who you are. If he hits you with that left hook that he hit Alistair [Overeem] with? Get the f**k out of here. No one survives that. The way he knocked out Cain [Velasquez], the way he clipped him with that little short uppercut and Cain seemed like he didn’t even know he got hit? He hits stupid hard. Like crazy, ridiculous, off the charts hard.

“If he just went into boxing straight, who the f**k knows, man,” Rogan concluded. “He could be the heavyweight champion of the world. Like legitimately.”

Previous articleAnthony Smith to Luke Rockhold: If you want my spot, you’ve got to chase it!
Next articlePetr Yan wants to fight for the Bantamweight belt in 2019