Joe Rogan on Tony Ferguson: He just doesn’t get tired! 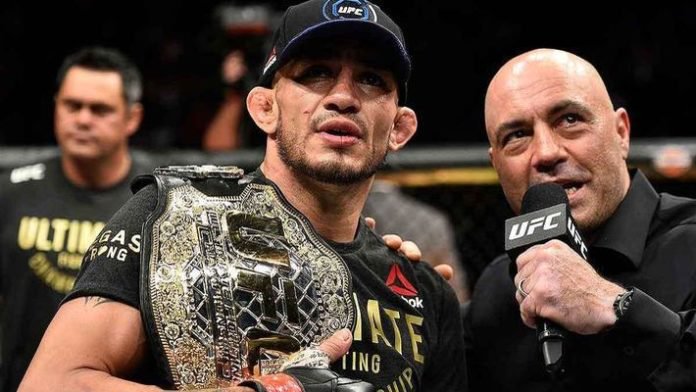 In a recent episode of The Joe Rogan Experience Podcast, Joe Rogan said that he believes Tony Ferguson is the UFC lightweight division’s boogeyman.

“Tony Ferguson’s an animal. He’s the scariest guy at 155 in my world cause he don’t get tired. That ‘Cowboy’ fight freaked me out. ‘Cowboy’ looked like Tony had bricks in his gloves. His face was all busted up, Tony didn’t look like he had a scratch on him and Tony wasn’t even tired.

“It’s crazy man, he has insane power. It’s a weird thing cause Tony does stuff to people and he doesn’t get tired.”

Previous article
Aljamain Sterling on when he turned down Jon Jones’ offer to train at Jackson-Wink
Next article
Joanna Jedrzejczyk vs. Michelle Waterson targeted for October