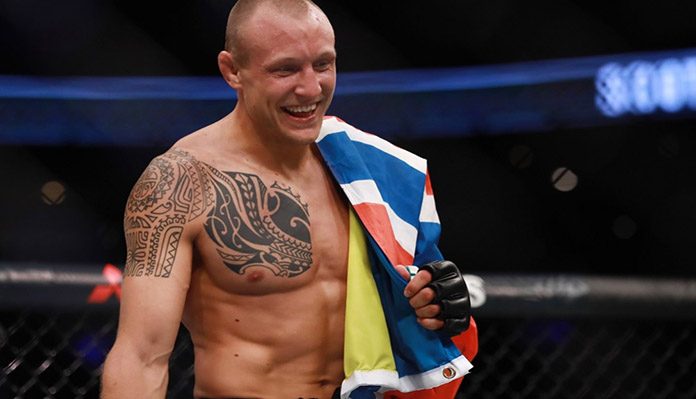 Hermansson was a last minute replacement for the bout, which had originally been slated to take place between Paulo Costa and Yoel Romero. However, first Costa, and then Romero, had to pull out of the fight. While Souza came in to fight Romero, instead he had to face Middleweight Jack Hermansson.

Hermansson, on his part, came into the fight on the back of a win over David Branch, where he made the fighter tap out.

UFC Colour Commentator Joe Rogan was extremely impressed with the performance that Hermansson put on. He took to Instagram to talk about what he felt about the fight.

“I was seriously impressed with [Jack Hermansson’s] fight with [Ronaldo Souza] last night. He came into the fight as an underdog against a man who in unquestionably one of the best 185lbs fighters on earth and earned a hard-fought victory. He even almost caught the multiple time BJJ champion in his patented arm in guillotine. Submitting the very talented David Branch and then a month later beating Jacare is an amazing accomplishment. The already insanely packed middleweight division has a new star!”

Hermansson has certainly got his choice of fights in front of him after such an important win. It will be interesting to see which fighter he will face next.

Previous articleJon Fitch also jumps on the retirement train after Rory MacDonald fight
Next articleWatch: Jack Hermansson confesses that he has a ‘I Love MMA’ tattoo on his butt