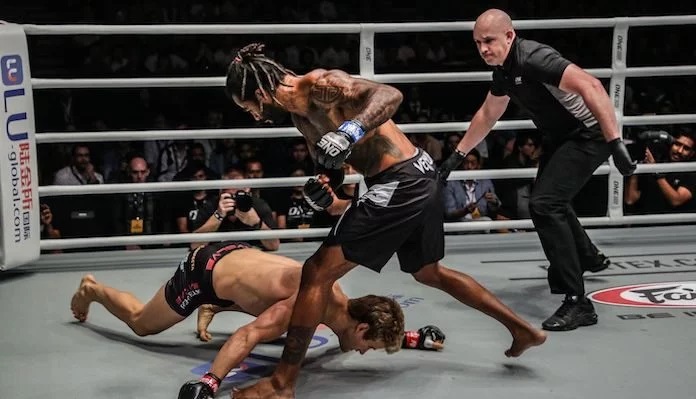 Sage Northcutt recently went toe-to-toe against the veteran striker and world-famous muay thai practitioner Cosmo Alexandre. Cosmo Alexandre came out on top when he knocked out Northcutt with a single punch in the first round. 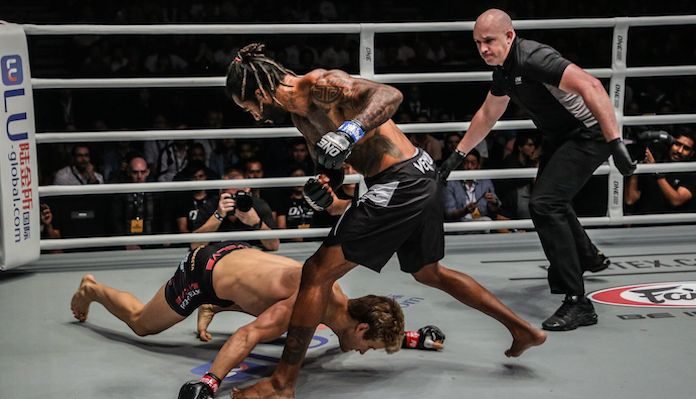 Yesterday during an episode of The Joe Rogan Experience podcast with Brendan Schaub, Rogan gave his take on the fight and the implications of such a tough loss.

“Cosmo Alexandre is a world class Muay Thai fighter,” Rogan began. “He is world class as far as striking, it’s a completely different level, but I guess because it was an MMA fight he was willing to take it. They fought stand up and Sage took that karate stance and the dude circled off to his right and landed that f**king right hand, and it was on the —.”

“That the hardest right hand I have ever seen,” Brendan Schaub said.

“It’s a terrible matchup, I don’t know why they agreed to let him fight that guy,” Rogan said. “It’s just not smart…Sage is good, he’s very good, but these kinds of losses are terrible for his future because they are mismanagement losses in my opinion.”

“Cosmo is a f**king Muay Thai [fighter], that’s his bread and butter, he fights Muay Thai, so when Cosmo goes and fights in an MMA fight you would think in at least one area, he’s going to be at a disadvantage,” Rogan said. “If Sage chooses to have a stand-up fight with a world-class stand-up fighter, that’s just bad strategy.”