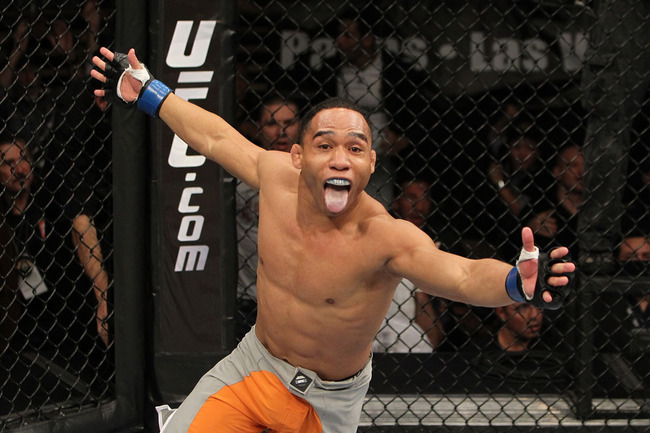 Two-time title flyweight contender and The Ultimate Fighter 14 champion John Dodson has been released from the UFC.

Dodson’s exit from the UFC comes after he spent nearly an entire decade with the promotion following his win on TUF in 2011.

“We are excited to see what other offers are out there for John. John is 100 percent committed to his fight career and he’s not diminished in his skill set whatsoever”

“John has fought the absolute best in the world in two weight classes and he’s still more than ready face elite competition. We look forward to talking to any and all promotions to find John the best home for his future”, Dodson’s manager Ricky Kottenstette said.

“We have already been contacted by three organizations so far and will be weighing all offers.”

Dodson dropped down to 125 pounds where he went 2-0 to earn a shot at flyweight champion Demetrious Johnson in January 2013.

Dodson (21-12) has been a member of the UFC roster since 2011, when he won the 14th season of TUF with a first-round TKO win over TJ Dillashaw. Dodson then picked up wins over Tim Elliott and Jussier Formiga before taking on Demetrious Johnson for the flyweight title in 2013, dropping a competitive decision. Dodson then won three more fights to score a rematch with Johnson but once again he lost the fight.

Dodson moved up to bantamweight in 2016. He has since notched up a 4-5 record at 135lbs with wins over Nathaniel Wood, Pedro Munhoz, Eddie Wineland, and Manny Gamburyan, but with decision losses to Merab Dvalishvili, Petr Yan, Jimmie Rivera, Marlon Moraes, and John Lineker.

Dodson is now 35 years old and he is not as fast and as explosive as he was when he first entered the UFC eight years ago. Still, he was a top-15 bantamweight in the UFC and could even return to flyweight. He’s also a notable name and an experienced fighter who plenty of other promotions would love to add to their rosters.

He fell to Merab Dvalishvili by decision in his most recent outing, which precipitated his UFC release. Other promotions like Bellator will be looking to sign the experienced veteran who has been around for almost a decade.

He had a successful career in UFC rising up the ranks and will be looking to bow out of the sport on a high.