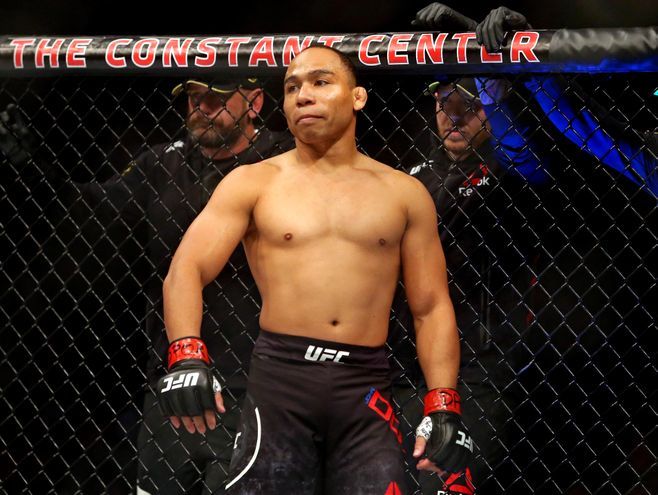 UFC has rebooked the fight between John Dodson and Pedro Munhoz for UFC 222. Dodson and Munhoz were scheduled to co-main event the UFC Fight Night 125 in Brazil but the fight was called off after Munhoz missed weight by four pounds.

Dodson last fought at UFC Fight Night 120 where he suffered a split decision defeat against Marlon Moraes. Meanwhile, Munhoz is coming off a win against Rob Font and is also on a four-fight winning streak.

Though the fight has been booked, it’s still unclear on where it will fit in the UFC 222 card. The event will take place on March 3rd at the T-Mobile Arena in Las Vegas and the promotion is yet to announce the main event.

The show was supposed to be headlined by the Featherweight Title fight between Frankie Edgar and Max Holloway but an injury of Holloway forced UFC to change plans.