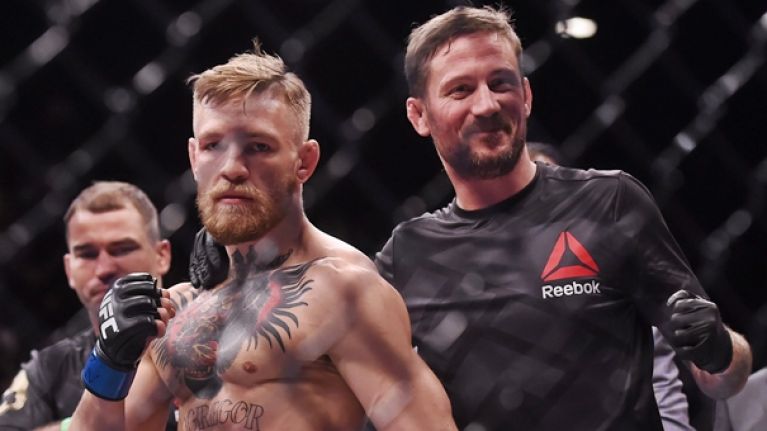 “I guess what I was really trying to say was I really want to see him motivated. And he probably said in the Tony Robbins interview where he spoke about losing that for a bit. And this is a game where it’s full-on, it’s full contact, it’s dangerous.

“When he won the second belt when he beat Eddie [Alvarez], he’d achieved everything he set out to achieve. He was very wealthy, he was world champion. So you’ve got to then take some time and think, well what’s gonna motivate you to do it anymore.

“He said himself that that became a bit of a problem. What is it? Is it getting another belt? Is it make some more money? And I think what has come back around is the love of the sport. He loves doing it, he loves training, he loves competing. And legacy, that he’s remembered being one of the best, if not the best ever.

“So that’s what’s really come back into him since the beginning of the year. That’s what I wanted to see. Because he’s obviously a very well known student of mine, but he’s also somewhat like a kid brother. You wouldn’t want to see him doing something just for the sake of doing it and maybe getting hurt or whatever because he’s not fully there. But now he absolutely is.”