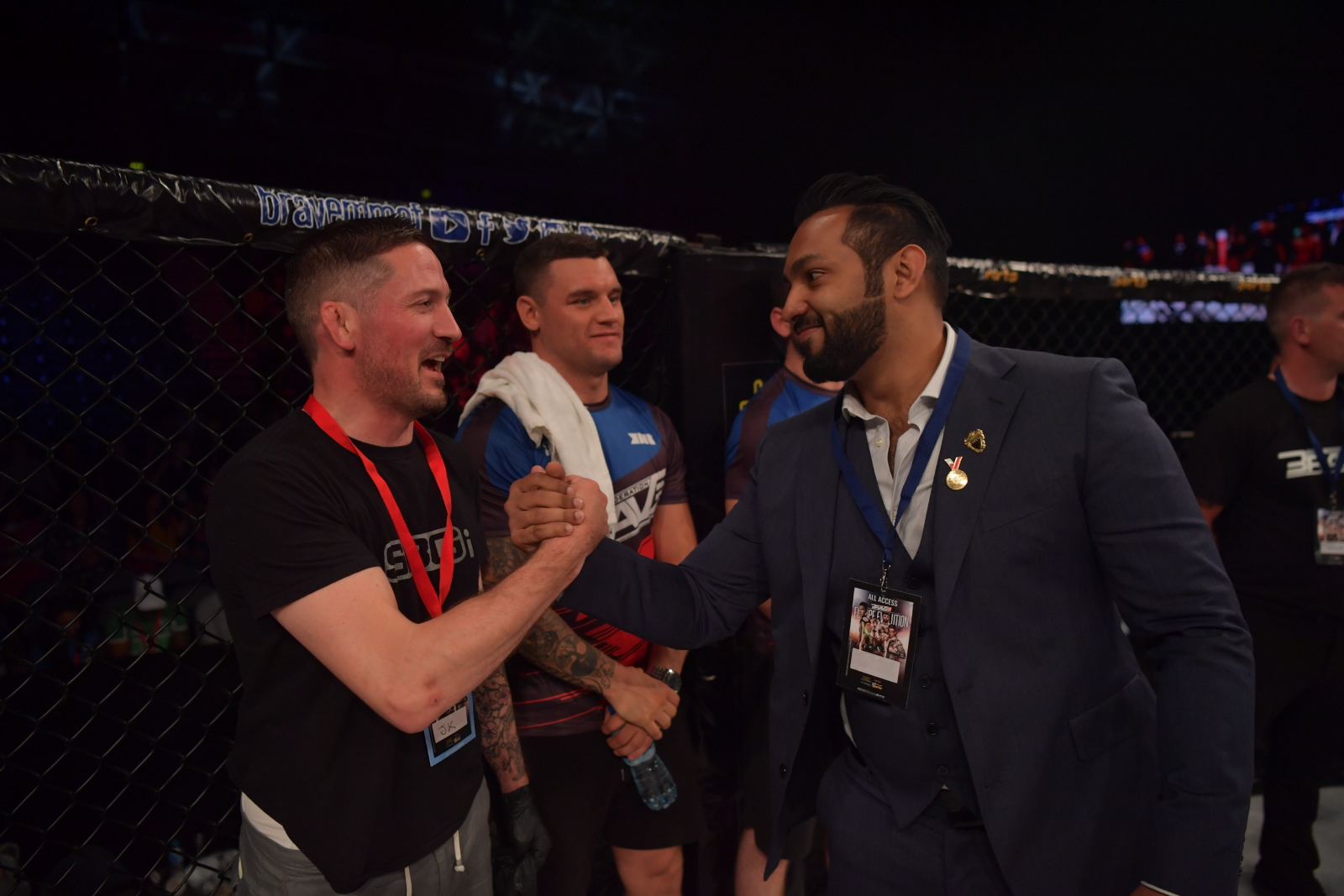 admin
- Advertisement -
World-class coach John Kavanagh will be in London to oversee the final preparations and perform corner duties to a few of his finest athletes at BRAVE 24: London, on July 25th, an exclusive show, with invite-only celebrities being connected to the highest level of worldwide mixed martial artists for the first time, along with influencers, politicians, and businessmen.
And Kavanagh has business of his own to attend. He has recently expressed an interest in trying to get star pupil Artem Lobov a fight with iconic boxer Amir Khan, following Lobov’s bare-knuckle victory over former world champion Paulie Malignaggi, after “The Russian Hammer” called out the recently-victorious British boxer Khan, who dispatched Billy Dib in Jeddah, Saudi Arabia, to claim boxing’s WBC International Welterweight title. And he wants BRAVE Combat Federation to promote the fight.

Through his Twitter account, Kavanagh said he would like Lobov to face Khan, to which the MMA fighter replied that Christmas came early this year for Amir, and wished “a safe fight” against Dib, closing his mild trash talk by saying he was ready whenever Khan was.
Then, Kavanagh laid terms for the challenge, saying he would like to see his fighter take on Amir Khan in a boxing fight as the main event of BRAVE CF’s November show.
BRAVE Combat Federation holds the largest combat sports festival in Asia every November, when one of the biggest MMA shows in the year happens during the International Combat Week, alongside the IMMAF-WMMAA World Championships, and Kavanagh believes that is the perfect setting for a boxing-MMA crossover, and will no doubt look to negotiate with BRAVE CF president Mohammed Shahid and Amir Khan himself, one of the VIP names confirmed to attend the groundbreaking show.