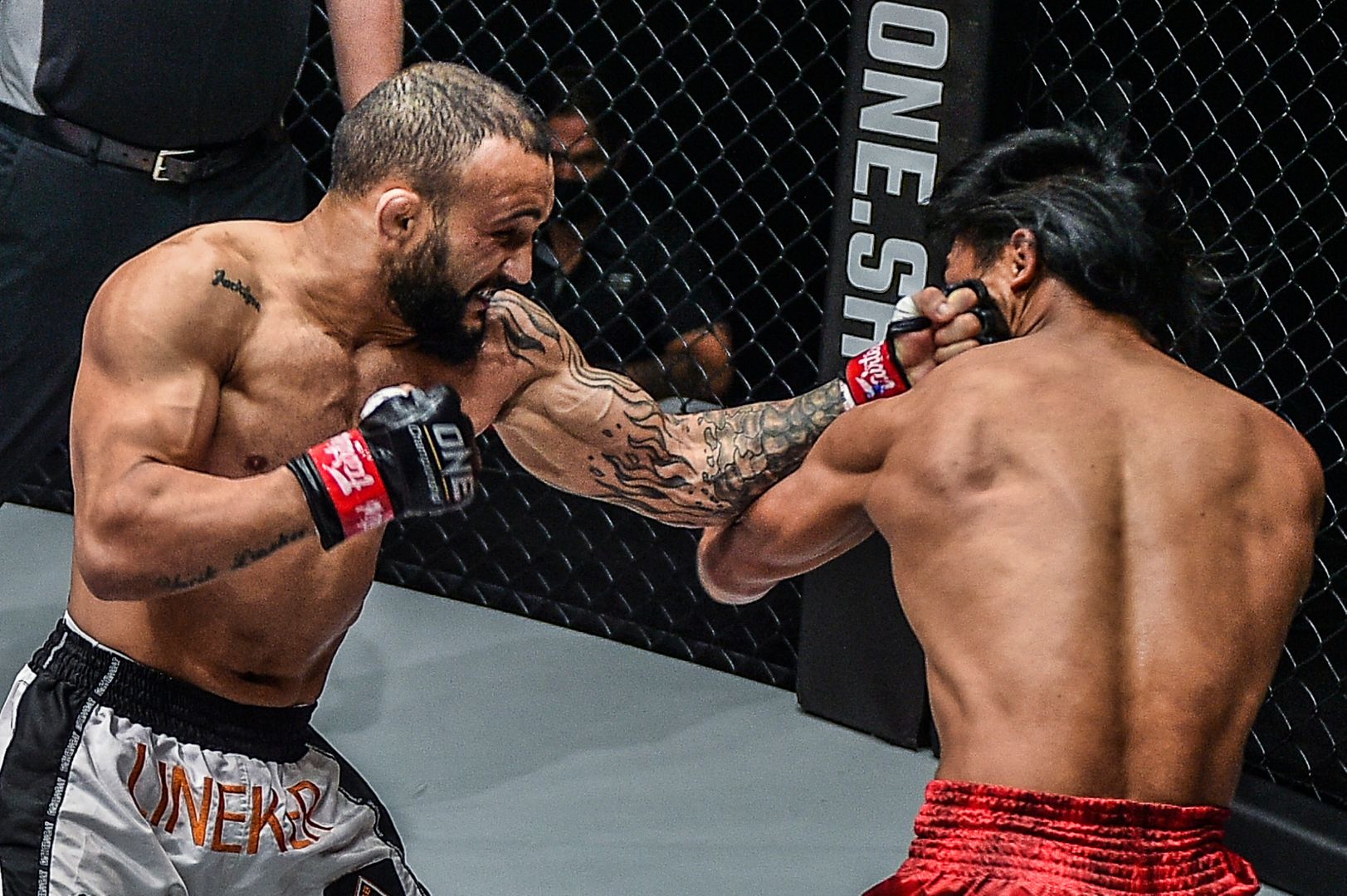 John Lineker will have his hands full this week when he takes on Troy “Pretty Boy” Worthen during “ONE on TNT III,” but he’s keeping his eyes on the bigger picture.
The bigger picture, of course, for Lineker includes challenging for the ONE Bantamweight World Championship currently held by Brazilian compatriot Bibiano “The Flash” Fernandes.“Bibiano must fear me because I’m focused on the title shot, and I will not stop until I can fight him,” Lineker said ahead of his clash with Worthen, which airs on Hotstar Star Sports Select 2 and the ONE Super App at 6 a.m. India Standard Time (IST) this Thursday, 22 April.

“I’m the most dangerous ONE bantamweight. Nothing can stop me. I’m motivated and ready. I’ll knock everybody out until I get the World Title.”

That mission will continue against Worthen, an American wrestling juggernaut looking to bounce back from a previous loss. With that said, Lineker is not counting out his opponent and expects a fun scrap. 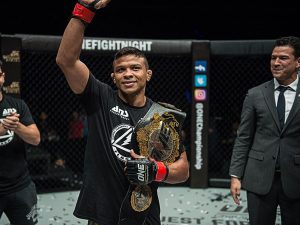 “I’m very happy to fight in the main event. This responsibility is good. I’m ready — not only for this fight, but to become ONE’s World Champion,” he said.

“I have had two fights in ONE so far. I’m ready for the title shot. This is the next goal, the next step, and I believe I’m more than ready for this moment.”

Before he gets too far ahead of himself, the Brazilian will have to deal with Worthen. But “Hands of Stone” promises that his preparations will lead to a most satisfying ending on Thursday – an ending that he hopes will get the attention of bantamweight king Fernandes.

“All fights are dangerous, but I’m prepared in all aspects and ready for war. I have great boxing skills and I’m evolving my grappling game,” Lineker said.

“Like in my other fights, my goal will be to knock my opponent out. This time won’t be different. I don’t like to leave it in the hands of the judges.

“I like all kinds of challenges. Tough fights make me stronger, so come and get it, ‘cause I’m always ready. I want to put on a show for the fans.”

Aside from the aforementioned time and date, fans in India can catch an encore of “ONE on TNT III” on Star Sports Select 2 at 6 p.m. IST on Friday, 23 April.

How do you guys think the fight will go? Let us know in the comment section below.