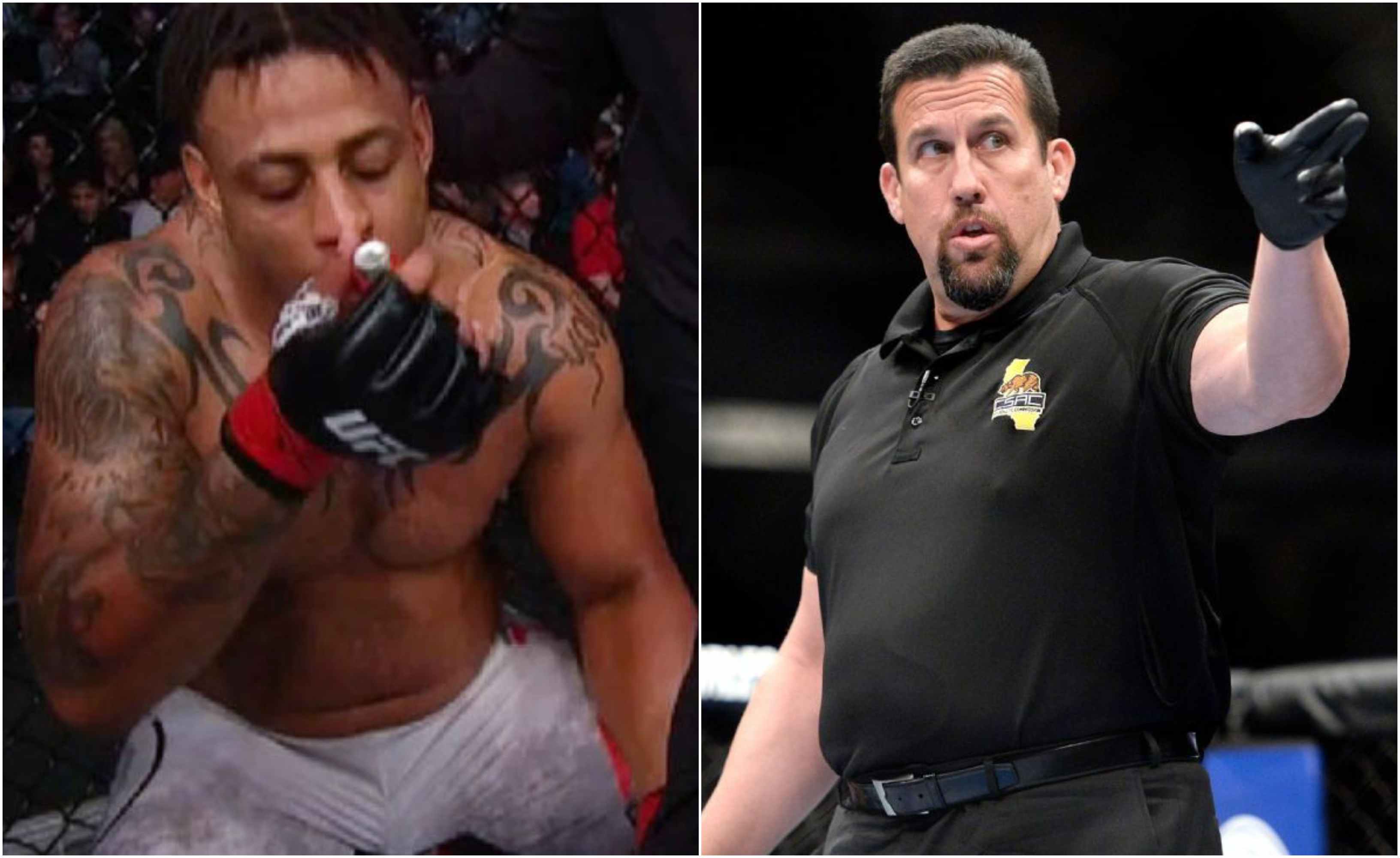 Last weekend at UFC Boston, Greg Hardy took on Aussie Ben Sosoli at the TD Garden Arena in Boston. The fight, however, ended in a ‘No Contest’.

Initially, Greg Hardy won the fight via unanimous decision, he ended up using an inhaler in his corner after the round two. However, he said that the commission had approved it. 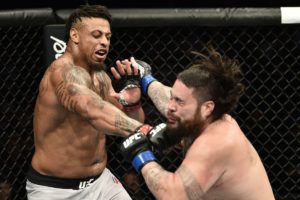 Although many fans are still blaming Hardy for his ignorance, Bellator commentator and former referee John McCarthy has come out in support of Hardy and said that he is innocent in the inhaler incident and instead blamed the inspector of the Massachusets State Athletic Commission.

“The Massachusetts State Athletic Commission assigned that person to that corner for that fight. He is the representative, he is the arm of the commission and Greg Hardy didn’t do anything other than ask, ‘Can I use my inhaler?’ [The inspector] asked the question of, ‘Is it approved?’ What is Hardy thinking, he’s thinking, ‘All my drugs have to go through USADA’ and so he goes, ‘Yeah, it’s USADA-approved.’ And [the inspector] gives permission—he should never have done that—to the fighter to use the inhaler, so the fighter uses it.”

McCarthy also believes that Hardy wasn’t trying to cheat in the fight, the former commentator clarified in the interview with MMAFighting.

“Did Greg Hardy try to cheat? No,” McCarthy explained. “He’s asking in front of everyone, ‘Can I use this?’ So everything that you’re looking at, no matter what, goes down to one person. It was that inspector who allowed him to do that. That inspector did not know the rules and that inspector created the entire situation. All he needed to say is, ‘I don’t know. Don’t do that. Let me find out.’” (H/T – BJPenn.com)

Do you guys agree with John McCarthy?