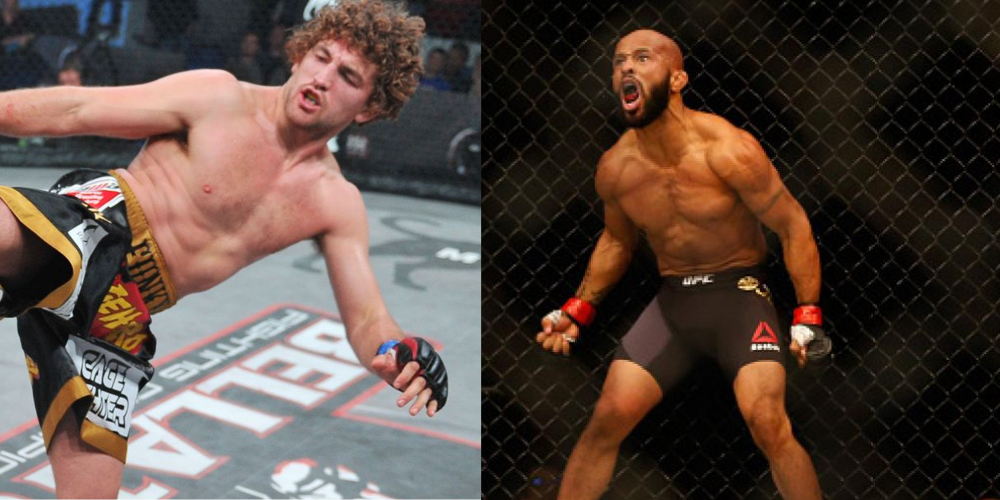 If now is the time that ‘Mighty Mouse’ Demetrious Johnson really leaves the UFC, then he will be leaving to a lot of fanfare. With news of a possible trade between ONE Championship and UFC, Jon Anik, UFC’s main play-by-play commentator had some special words for the former UFC Flyweight Champion.

There have been talks of Demetrious Johnson leaving UFC to join ONE Championship. In exchange for him, UFC would sign Ben Askren instead. The trade is yet to be finalised, but it appears that Johnson’s days in the UFC have come to an end.

Jon Anik took to Twitter, to make his feelings about the potential trade known.

If this is the end for @MightyMouse in the Octagon, thank you. He exits as arguably the best pound-for-pound fighter in UFC history. Inarguably, his legacy will withstand the test of time as one of the all-time greats and his future is in the Hall of Fame. https://t.co/gBAc7z2VWY

He thanked ‘Mighty Mouse’ for his time, fighting in the UFC, and went on to say that Johnson was leaving as possibly the best pound-for-pound fighter in the history of the company. He finally said that Johnson’s legacy is sure to withstand the test of time, calling him one of the all-time greats, adding that he would be sure to find a place in the Hall of Fame in the future.

With the Ben Askren-Demetrious Johnson swap looming over the UFC, the change can take place at any time. If there is one thing there’s no doubt about, it is that most UFC fans share Anik’s feeling. ‘Mighty Mouse’ Demetrious Johnson will indeed be missed.