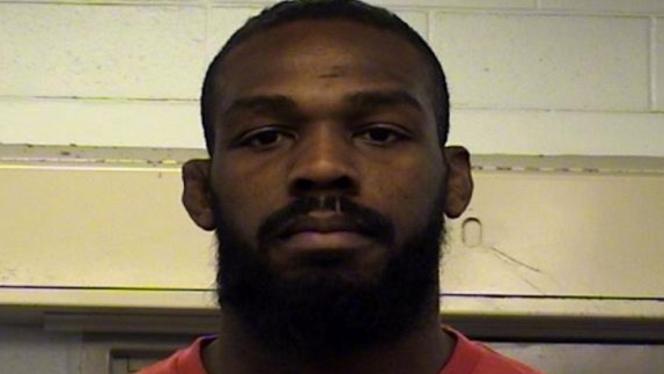 According to documents unearthed by KRQE, the incident took place on April 19 and as per the court documents he was supposed to appear in the court on June 11.

According to Albuquerque Police, a cocktail waitress called officers to her home and told them Jones slapped her inappropriately, and pulled her down to his lap and kissed her neck, while she was at work.

The waitress told police he also placed her in a chokehold and picked her up off the ground. When she told him to stop, Jones allegedly kept touching her until he decided to leave. He was then charged with battery. (H/T – Deadspin)

When Jones failed to show up to the court last month, they issued a bench warrant for his arrest. However, when approached by KRQE News 13 reporters reached Jacksonwink MMA for answers, the spokesperson from the gym said that Jones was unaware about his incident until the reporters told him.

“Today, the media told Mr Jones about a false accusation launched against him and that paperwork had been sent to an incorrect address. However, after receiving the documents from the press, Mr Jones immediately went to pay the small fee, and he, and multiple witnesses stand ready to factually refute the malicious lies being told about him to the public.” (H/T – MMA News)

However, Jones was able to lift off the arrest warrant by paying a $300 cash bond.

Previous articleMMA Weekly Chat with Arjan Singh Bhullar Episode 9
Next articleJon Jones quashes news about battery; says he is ‘definitely’ not in trouble