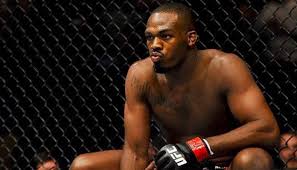 The last week of the year has been a hectic one for the fans. The unprecedented moving of an event from Las Vegas to Los Angeles has made both fans and fighters angry and frustrated on the UFC, USADA and Jon Jones. Although the UFC and USADA both give Jones a clean chit for the suspected Performance Enhancing Drug in his system, the fans have not been ready to forgive him so easily.

After online spats with both Daniel Cormier and Alexander Gustafsson, Jon Jones ill advisedly asked the opinion of his Twitter followers for a new walkout song. This opportunity of trolling Jones was used hilariously by the netizens of Twitter.

You guys got any good song suggestions for my walk out?

The question spawned a number of hilarious replies.

Any Taylor swift song since they’re mostly about cheating

Britney Spears – Oops i did it again…

Should ask if you can borrow Eddie Guerreros theme from WWE.

Should ask if you can borrow Eddie Guerreros theme from WWE.

Before He Cheats – Carrie Underwood

Before He Cheats – Carrie Underwood

It is hard to imagine what Jon Jones thought would happen after he knew the reaction of the fans on his earlier news. Hopefully we will hear his new walkout song this Saturday at UFC 232 against Alexander Gustafsson for the UFC Light Heavyweight Title.

Previous articleUFC: Cris Cyborg fumes at the UFC for not informing fighters before media about UFC 232 relocation
Next articleUFC: Jon Jones still gunning for Brock Lesnar payday ahead of UFC 232