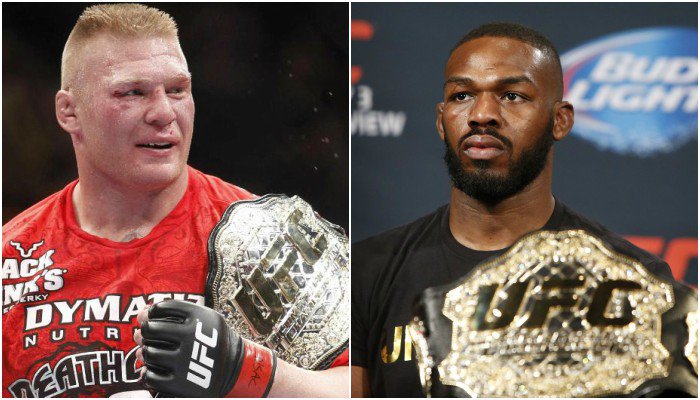 At the post fight press conference for UFC 214, we saw Jon Jones again calling out Brock Lesnar, who had earlier sent a warning to Jon Jones stating ‘be careful what you ask for young man’. But Jon Jones reiterated his desire to fight Brock at the post fight press con and said it would be great for the sport of MMA as well as it would again bring alot more eyeballs to the sport just as the Conor Mcgregor-Flyod Mayweather fight would be great for the sport as well. Jon also expressed his admiration for Conor Mcgregor and what he had been able to accomplish in a short time and the amount of money he was able to generate with his super fights and showed a desire to go down the same path by fighting Brock Lesnar who he felt he could defeat because he viewed Brock as being a limited fighter. 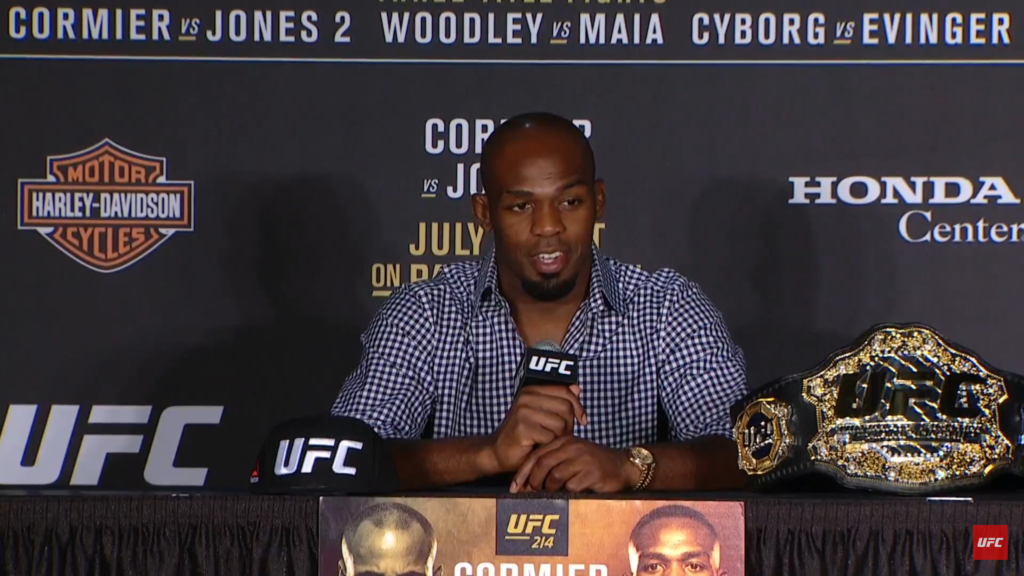 In the meanwhile Alexander Gustafsson had already sent out a tweet calling out the re crowned light heavy weight champ. Alexander and Jones had fought previously at UFC 165 in 2013, a fight which a lot of people thought Alexander had won. He truly has been Jones toughest challenge so far and his impact showed on Jones face after the fight. 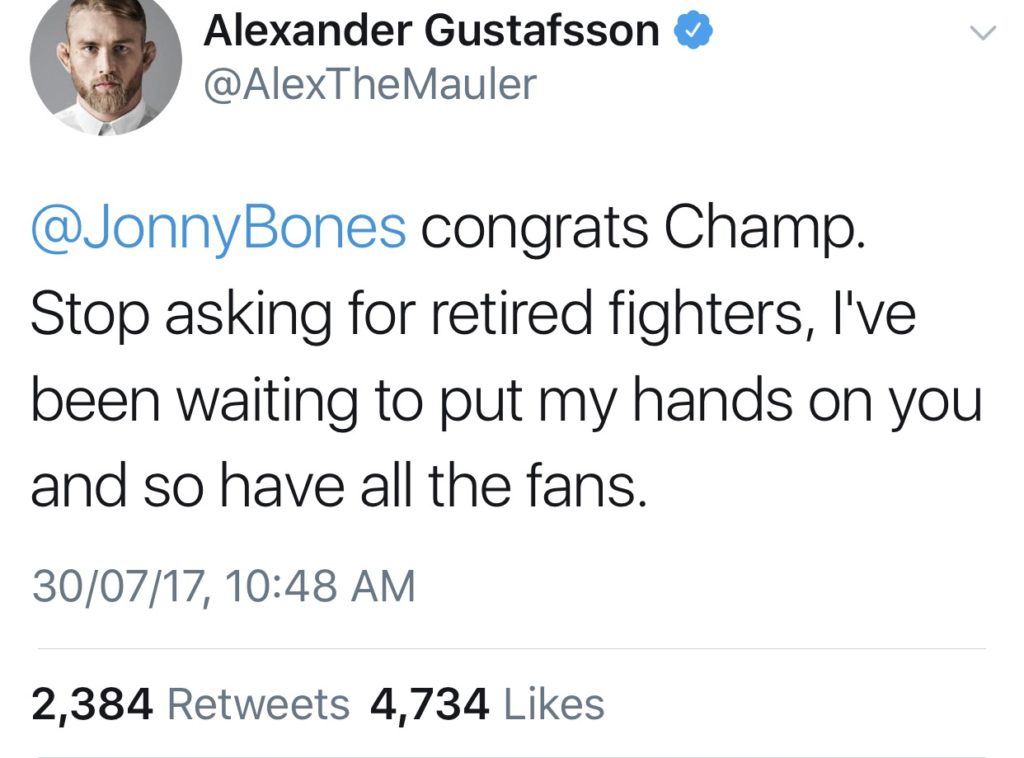 Dana White also expressed admiration for Alexander’s call out of Jon Jones and said that’s what he likes to see in fighters.