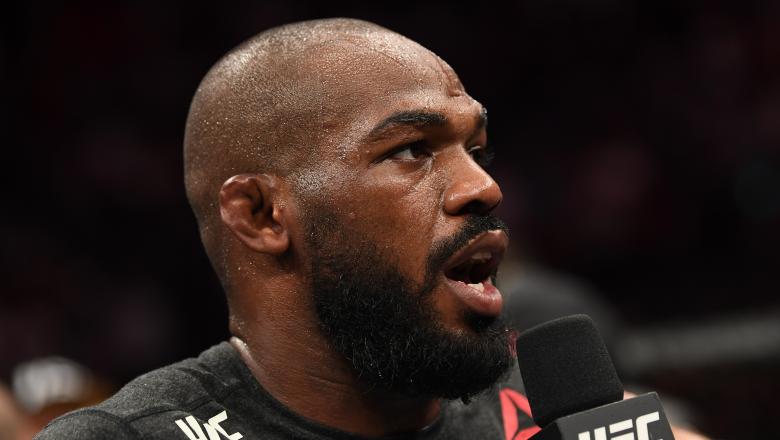 The light heavyweight division in the UFC has been rather shallow for a while now. Apart from the obvious king of the jungle, earlier in the form of Cormier and now in Jones, the division has lacked a real threat to the throne.

Amidst all this, the sudden and magnanimous rise of Johnny Walker led to a lot of people touting him as the next big thing. Even Jon Jones had accepted that a fight with the Brazilian was possible down the line. However, the entire hype train of Walker came to a screeching halt at UFC 244.

Corey Anderson absolutely floored Walker during their pairing up at the MSG in the very first round. The former NCAA Division 3 wrestler then kept up his barrage of punches before the referee had to intervene and save Johnny. The latter had declared before the fight that his aim was to impress Jon Jones and grab his attention.

He did succeed in grabbing Jones’ attention but not for the reason he would have wanted. Following the fight, Jones released a number of tweets – all of which were aimed at dismissing Walker.

So much for the early Christmas present. This is exactly why I just let them light heavyweight do all the talking.

“So much for the early Christmas present. This is exactly why I just let them light heavyweight (sic) do all the talking,” he later added.

He also made a reference to middleweight champion Israel Adesanya, someone with whom he has been developing a feud for quite a while now.

Yeah just like Izzy, I don’t get impressed too quickly. I’ve been around way too long, I’ve seen a lot of people come and go https://t.co/JgIglDVzDH

After a while later, he made sure to congratulate Corey Anderson, who extended his win streak to four.

With Walker out of title picture, at least for the time being, Corey Anderson and Dominick Reyes are the next two contenders in line for a title shot. A No. 1 contender elimination match will be the next thing that will be on the mind of UFC matchmakers.

Previous articleUFC: Jorge Masvidal takes offense at suggestion that he may have gassed in championship rounds: ‘I’m not McTapper!’
Next articleJorge Masvidal calls out ‘f***ing midget’ Conor McGregor for a fight