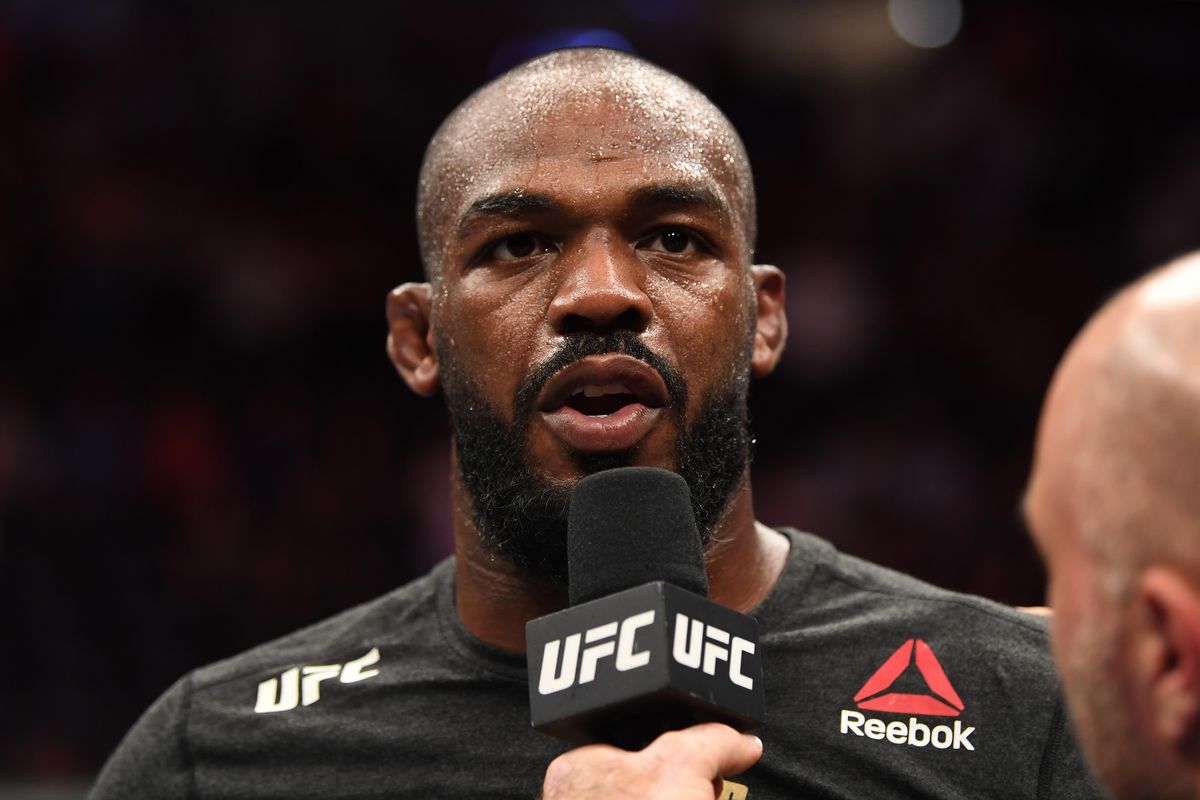 Jon Jones has decided that he will once again step into the Octagon in a short time. Jones has been very vocal on Twitter recently about who his next opponent will be.

The light heavyweight division is currently filled with a number of probable contenders. However, none of them has a strong resume that makes them stand out from the rest of them. That is why Jones has been forced to drop a number of hints regarding his next opponent.

Jones has revealed that he will be fighting within a few weeks an that he is very excited to let his fans know about the same.

Just a few weeks away from my next fight, can’t wait for you guys to find out when.

However, the fans were more interested in knowing who he was going to fight. Therefore. “Bones” obliged and dropped a bigger hint.

OK, the person I’ll be fighting has something in common with Ryan Bader and Daniel Cormier. https://t.co/f4jOEy1P6P

Last week, Jones had suggested that he will be fighting Dominick Reyes. He had arrived at the decision after ruling out Corey Anderson for the title shot.

Building upon the clues that Jones had already provided before, a Twitter user deduced that Reyes is most certainly his next opponent. The light heavyweight champ’s reaction was enough to give a clue as to what holds in his near future.

Reyes is coming off a win over former middleweight champ Chris Weidman at UFC on ESPN 6 this past month. The undefeated contender went on to call out the 205 pound champ. However, Jon wasn’t willing initially to give him a shot. His management felt that Reyes needed another victory to solidify his claim for the title shot. However, Jones seems to have had a change of heart and is now on a mission to ‘steal his opponent’s dreams’ .

Yeah I was thinking about holding out and playing money games but I said screw it. I’m only young once, I got plenty of money. I’m out after these contenders hearts, I’m out here dream collecting https://t.co/5W5rvpVWLo

Jones has been on a tear after he has come back from a suspension. He has fought more frequently than ever. However. his last fight was a close call against Thiago Santos. Therefore, that makes this fight against an undefeated contender in Reyes as an interesting one to watch.

Jon Jones agrees to fight Dominick Reyes: ‘Beating his a** next’

Previous articleUFC: Corey Anderson claims LHW king Jon Jones is ducking him and cherry picking ‘one dimensional’ opponents
Next articleIsrael Adesanya tells the UFC to give creative attire control to the fighters