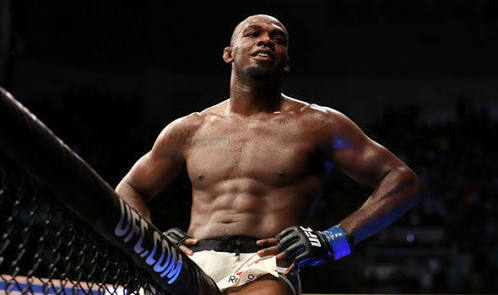 UFC 232 was supposed to be the biggest card of the year. However the much anticipated main event looked in serious jeopardy as former light heavyweight champion Jon ‘Bones’ Jones once again lost the toughest battle of his career, that is with the drug tests. 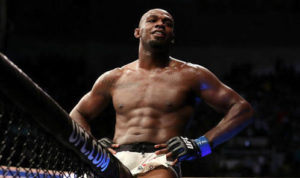 Jones was tested positive for traces of the banned substance Turinabol for which he which he has suspended around 18 months ago in July 2017. Keeping in mind the situation, renowned MMA reporter Ariel Helwani took to Twitter to post a clip when Jones was invited in his show last month. (via Twitter):

I feel like this is an appropriate time to re-tweet this clip from Jon Jones’ interview on my show last month. pic.twitter.com/58X4pylPPF

Helwani speculated a documentary to be made about Jones if he stays clean for the next 10 years to which Jones replied, ‘I’m a wild boy Ariel!’. Ironically Jones’ ‘clean’ status could only last a month, let alone 10 years.

Jones was tested positive for the steroid Turinabol in an in-competition drug test before his rematch against Cormier at UFC 214 last year. Jones who defeated Cormier via TKO in the third round, was stripped of the title and Cormier was named as the undisputed champ with immediate effect.

UFC 232 card has been taken care of, as the location has been shifted from Las Vegas to California.

Previous articleTyron Woodley has one request for the UFC before Usman fight: Let him ‘whoop’ Colby
Next articleAlexander Gustafsson gives THE BEST reaction to Jon Jones’ failed drug test and UFC 232 relocation