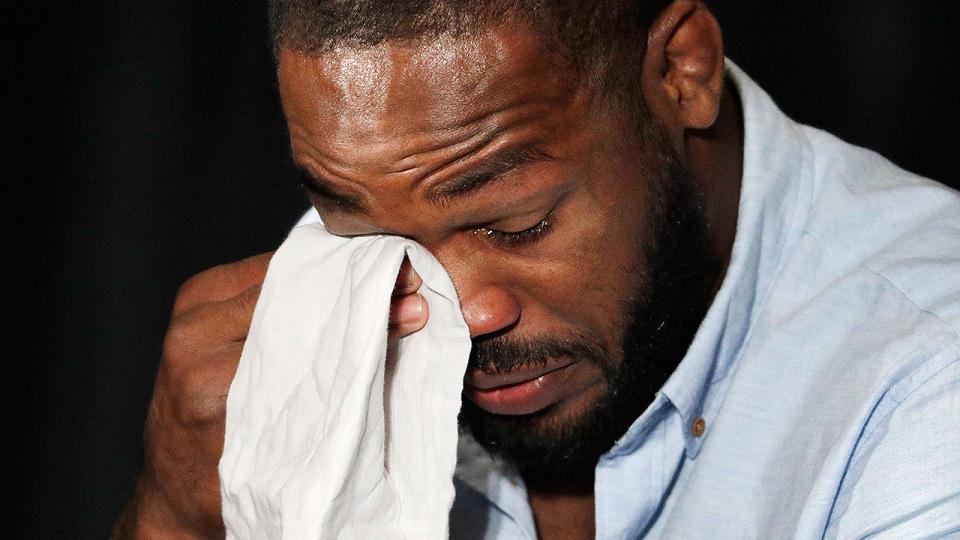 Jon Jones never fails to impress his fans and the UFC, at the same time he never misses an opportunity to screw up his career. Despite credited as the best fighter ever to step inside the Octagon, Jones has failed drug test multiple times, and he has done it once again.

The UFC Light Heavyweight champion is on the brink of getting stripped of his title for the third time. This is because he has tested positive for a banned substance in an in-competition USADA test in relation to his title fight at UFC 214 against Daniel Cormier on July 29th.

Dana White has not decided to strip him of his title yet but Jones is likely to fall victim to his own deeds once again. It has been reported that Jones has tested positive for the Turinabol steroid this time, which might result in a serious two-year suspension for a first time offense and longer for multiple times. Jones, who is 30, might face up to a possible four long years of suspension.

This is not the first time that Jones has tested positive for a banned substance. In what was regarded as the UFC’s historic PPV event, UFC 200, Jones was expected to headline the event with Cormier but only to be pulled out three days before the fight as he tested positive for clomiphene and letrozol. This had resulted in a one-year ban by the USADA.

The UFC has released the following statement:

‘The UFC organization was notified today that the U.S. Anti-Doping Agency (USADA) has informed Jon Jones of a potential Anti-Doping Policy violation stemming from an in-competition sample collected following his weigh-in on July 28, 2017.’

‘USADA, the independent administrator of the UFC Anti-Doping Policy, will handle the results management and appropriate adjudication of this case involving Jones, as it relates to the UFC Anti-Doping Policy and future UFC participation. Under the UFC Anti-Doping Policy, there is a full and fair legal process that is afforded to all athletes before any sanctions are imposed. The California State Athletic Commission (CSAC) also retains jurisdiction over this matter as the sample collection was performed the day before Jones’ bout at UFC 214 in Anaheim, CA, and USADA will work to ensure that the CSAC has the necessary information to determine its proper judgment of Jones’ potential anti-doping violation.’

This must be very disappointing for his team as they have worked very hard to keep Jones clean. Jones had defeated Cormier by knockout in the third round at UFC 214, but unfortunately, the dark events keep reoccurring in the champion’s career. After the shocking news, Jones’ team had released a statement:

“We are all at a complete loss for words right now. Jon, his trainers, his nutritionists and his entire camp have worked tirelessly and meticulously the past 12 months to avoid this exact situation. We are having the samples tested again to determine the validity or source of contamination. Jon is crushed by this news and we are doing whatever we can as a team to support him.”

On the other hand, Jones rival, DC has opined on the terrible news. Cormier seemed very kind and didn’t seem to have harsh words for his long time enemy.

“It’s hard to find words to describe how I’m feeling right now,” Cormier said. “I’m disappointed to hear the news. It’s very emotional. We as athletes are entitled to due process, and I will refrain from saying much more until I know exactly what happened.

“In my mind, on July 29, I competed and I lost. I thought Jon Jones was the better man that day. I don’t know what to think anymore. I can’t believe we are going through all of this again. We will see what happens next,” Cormier seemed very respectful.

“Thank you to all my fans who have supported me during this dark time. I love you all very much.”

Jon Jones tests positive for steroids and is stripped of his title!?! Goes back to Cormier? #Disappointed

This Jones news. 😱 Spoke with D.C., I'm sure he'll have a statement soon enough. Strange times.