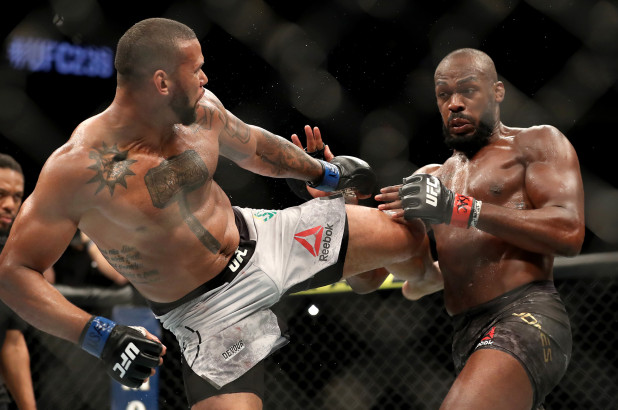 Earlier this month, UFC light heavyweight champion Jon Jones successfully defended his title at the T-mobile Arena in Las Vegas at UFC 239 as he outpointed and defeated Thiago Santos via split decision. Two judges scored the fight 48-47 for Jones with the third judge gave Santos the nod by a 48-47 score.

In this fight, Santos had a torn ACL, MCL and PCL in his left leg and he has had surgery since then and is expected to be out of the Octagon for at least 6 to 8 months. The fight was an extremely close one and some even thought that Jones lost the fight.

Remember God gives his toughest battles to his toughest soldiers. Life is all about perspective. Use this time wisely, I have no doubt you will. Handle this adversity with your head high, never know who you’re inspiring. God Speed https://t.co/WvtHkrzeDx

“Remember God gives his toughest battles to his toughest soldiers. Life is all about perspective,” Jones replied on Twitter to a video of Santos in a wheelchair talking about his injury. “Use this time wisely, I have no doubt you will. Handle this adversity with your head high, never know who you’re inspiring. God Speed.”

He then said that when Thiago Santos is recovered from the surgery, the UFC light heavyweight champion is ready to grant Marreta a crack at the title again.

I think that’s only fair https://t.co/FHYiuMMhhA

Do you guys want to see the rematch between Jones and Santos?