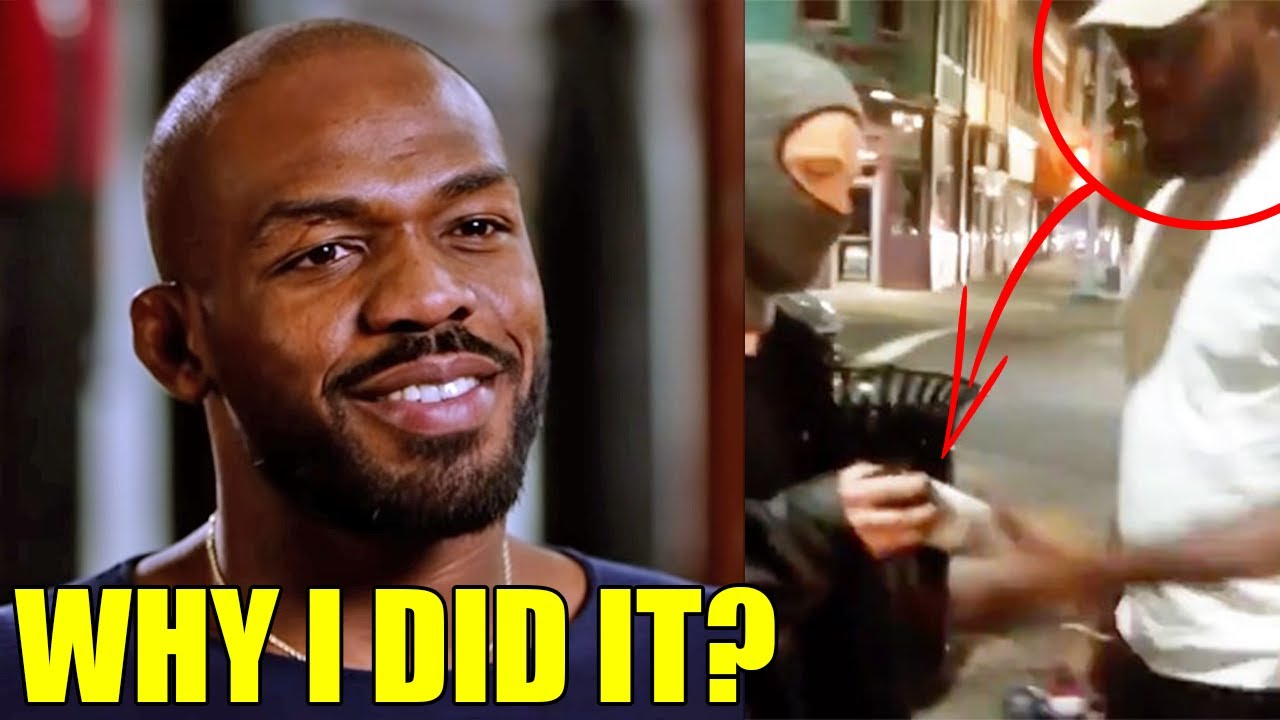 UFC light heavyweight champion Jon Jones took to the streets of Alburquerque to stop the vandalizes from spraying graffiti.

Last week, Floyd, a 46-year old African-American male was a victim of police brutality. Derek Chauvin was the police officer who was seen restraining Floyd in a viral video. The police officer has been working with the Minneapolis police department for more than 18-years. Three other officers who were present at the scene were fired.

Following his death, America was gripped in nationwide protests. Minneapolis, where the incident took place was engulfed in riots with heavy damage to public and private property.

When Jon Jones saw the protestors spraying graffiti, he stepped in and confiscated the spray can from multiple protestors.

Why did Jon Jones intervene?

In an interview with Fox News, Jon Jones stated the reason behind intervening and stopping the protestors from vandalizing properties.

“I had a teammate give me a call, and he said ‘Hey Jon, we’re having a protest, and there’s a lot of Hispanics and Caucasians down there, but there’s not a lot of African Americans in Albuquerque,’” Jones explained. “He said ‘we should get down there and be blackface.’ I said ‘that sounds great.’ He said ‘yeah, it’s going peacefully.’

“When I get down there, the peaceful protest was over, and a lot of people were just hanging around still,” Jon Jones added. “The vandalism started right away. I just noticed the protesters leaving and going home. No one was saying anything. No one was speaking out. Everyone was just kind of scared of these hooligans taking over the town. I’ve never seen anything like it. No police were around anywhere. People were just doing whatever they wanted to places I like to hang out at.”

Jon Jones stated that when he saw the vandalism, no one was stopping them. He further stated that as he waited longer and did nothing he felt like a coward.

“The longer I waited and just said nothing, I just started to feel like a coward,” Jones concluded. “I was just watching people doing whatever they wanted in our community, so I just started to talk to people and say ‘hey man, it’s not the way. It’s not the way.’ I just kind realized what kind of danger I was in approaching all these masked people asking them not to do certain things. Finally, I had enough of it and I just started taking things from people.” (H/T – BJPenn.com)

Previous articleExclusive: Surbala ‘Warrior Princess’ Laishram: I want to become UFC Champion one day!
Next article3 times Jon Jones was pushed to his limit in the Octagon