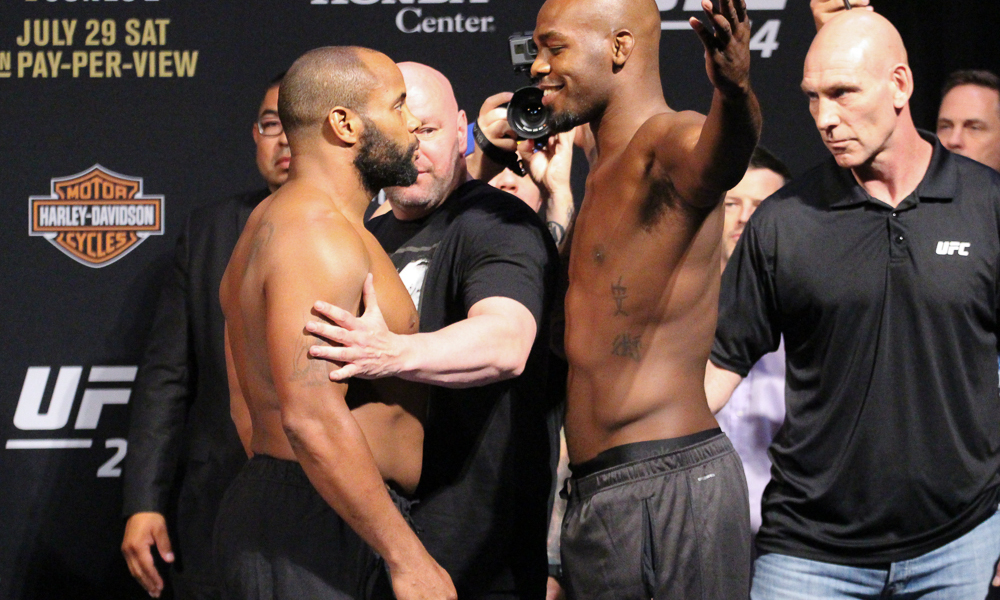 Jon Jones has now become a three-time world champion and although now the most logical sense for Jones would be to fight Daniel Cormier in a trilogy because that would create a lot of buzz and bring in pay-per-view revenue, Jones has insisted that he doesn’t want to move up to challenge current light heavyweight champion, Daniel Cormier.

“Me going to heavyweight would be making it extremely personal,” Jones said, per MMA Fighting’s Marc Raimondi. “For me, I have no problem with DC. I have a problem when he comes out, ‘See, I told you guys he’s a cheater. I told you he’s a cheater.’ I have no real problem DC. I’m not gonna go to heavyweight and try to take everything from him and destroy his legacy and all that stuff. Is it possible I could do that? It is possible. But I’m fine having mine and he can have his. DC needs to admit to the people that he was never the light heavyweight champion. Or face me at light heavyweight and shut me up.”

Are you guys interested in a trilogy fight between Cormier and Jones in the Heavyweight division?