Jon Jones reacts to Khabib taking No.1 P4P spot: “ This is No.1 bullshit” 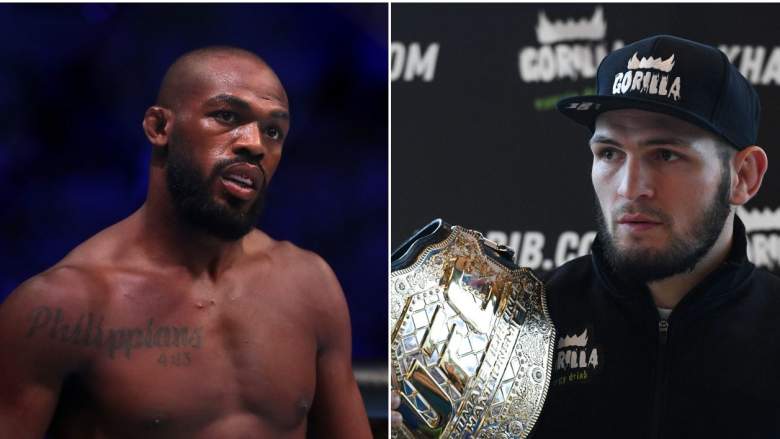 Jon Jones was not happy with Khabib Nurmagomedov asking for the top spot in the UFC’s pound-for-pound rankings, which he had been ruling for the major part.

This is number one bullshit https://t.co/Mtkvyc32NZ

By delivering another mesmerising performance at UFC 254 against Justin Gaethje, Khabib Nurmagomedov received praise from almost everyone, including former UFC light heavyweight champion Jon Jones. However, Jon Jones was not too happy with Khabib Nurmagomedov asking for the top spot in the UFC’s pound-for-pound rankings, which he had been ruling for the most part since its introduction in 2013. Despite that, on Tuesday’s update, UFC fulfilled Khabib’s wish and made him the top P4P fighter in the world.

Since UFC 254, Jon Jones has criticised almost everyone for placing Nurmagomedov above him in the pound-for-pound list and also in the highly debated “greatest of all time” argument. A couple of days ago, Jon Jones shared a video on social media where he took a dig at all the “Khabib Nurmagomedov fans”. Jon Jones claimed that Khabib Nurmagomedov has been in only four title fights, while he himself has been in a record 15. He also used this as an excuse to claim Khabib is not even close to him when it comes to total title defences. 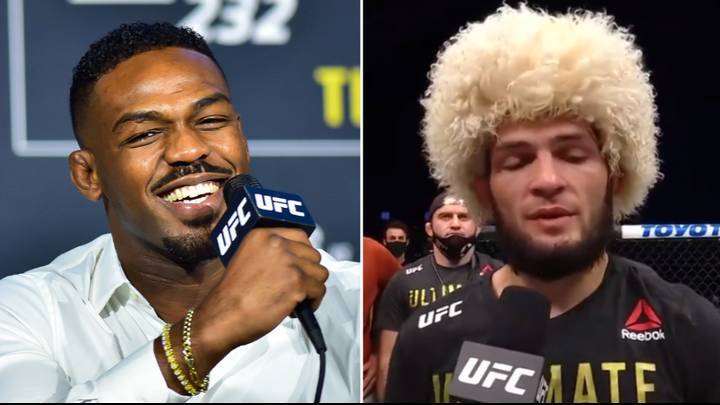 After all, the former two-time UFC light heavyweight champion hasn’t lost a fight since 2009, when he dropped a controversial disqualification to Matt Hamill. Since then, he’s racked up a 17-0, 1 NC record with the lone blemish a No Contest against Daniel Cormier.

Jon Jones unhappy after Khabib became the new No.1 pound for pound fighter

After the Justin Gaethje fight, Khabib Nurmagomedov announced his retirement, ending his MMA career with an undefeated record of 29-0 (13-0 in UFC). Though these are some impressive numbers, Jon Jones believes Khabib Nurmagomedov retired too soon as The Eagle just “started fighting elite-level competition”. Jon, who recently vacated his light heavyweight title to move to the heavyweights, added that while Nurmagomedov has hanged up his gloves, he still has a lot of fights ahead of him and he’ll keep adding to his legacy.

Jon Jones has a response for anyone who thinks Khabib is the GOAT 🐐 pic.twitter.com/lDHQ74RmVO

Jon is yet to make his heavyweight debut. Earlier, he was rumoured to fight champion Stipe Miocic, but Dana White made it clear Miocic will defend his title against Francis Ngannou next, leaving Jones with no opponent. However, the UFC chief is open to booking a match between Jon Jones and Jan Blachowicz, who won Bones’ vacated title at UFC 253.