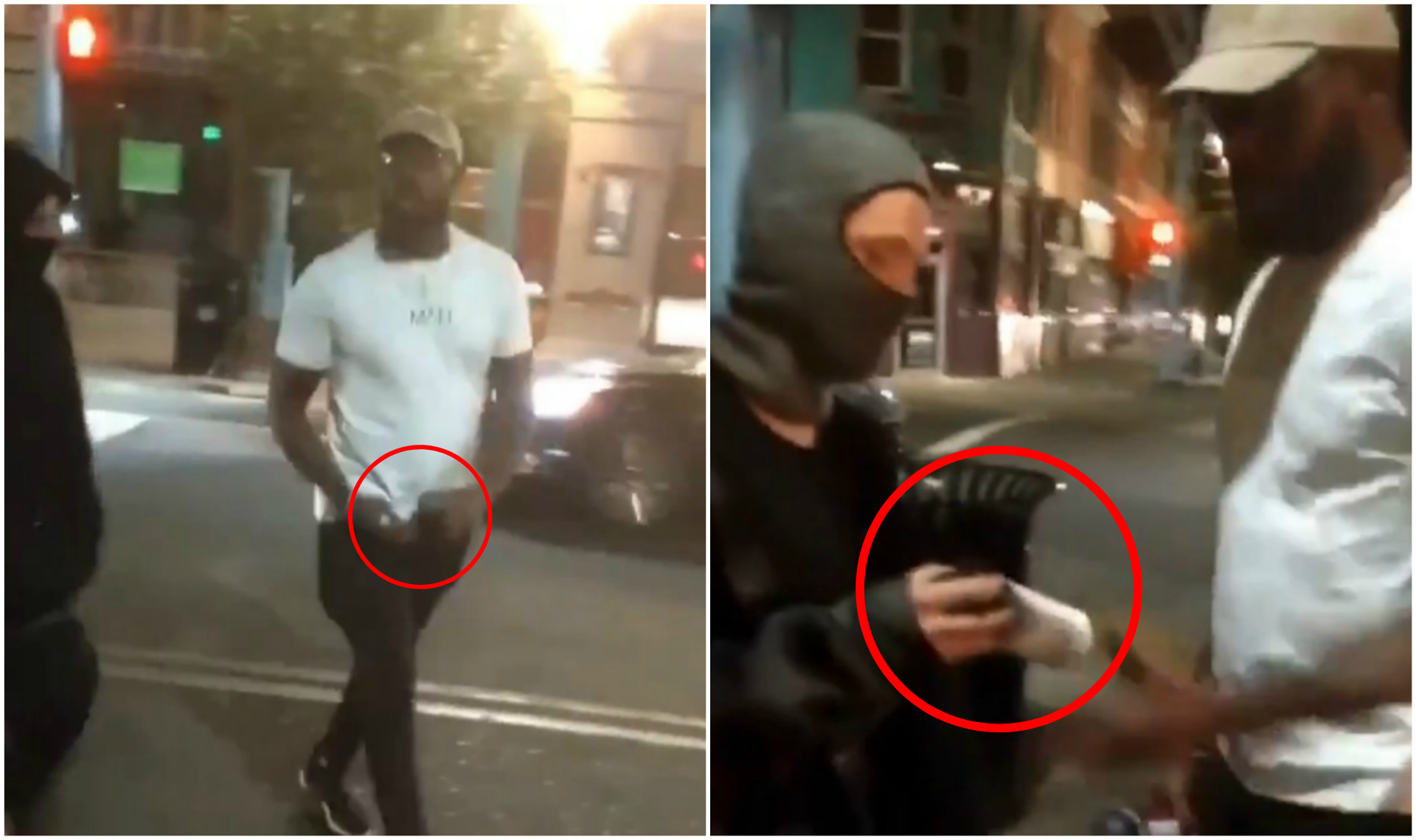 UFC light heavyweight champion Jon Jones may be planning on dropping his title, but that hasn’t stopped him from going around stopping protestors from vandalizing properties.

Last week, Floyd, a 46-year old African-American male was a victim of police brutality. Following his death, America was gripped in nationwide protests. Minneapolis, where the incident took place was engulfed in riots with heavy damage to public and private property.

The protests also took a violent turn in major cities like Austin, Atlanta, Los Angeles, New York City, San Jose, Washington DC, etc. To control the violent protestors, the National Guard had to be called into 15 states in the US.

To examine the gravity of the situation, even US President Donald Trump was briefly taken to the underground bunkers as fire broke out in numerous locations around the White House.

Even Albuquerque, where Jon Jones resides saw protesters vandalizing property and spraying graffiti on the walls. The UFC champion immediately stepped in and was seen confiscating spray can from protestors.

“Is this shit even about George Floyd anymore?!? Why the f*ck are you punk a*s teenagers destroying our city!??,” Jones wrote.

“As a young black man trust me I’m frustrated as well. But this is not the way, we are starting to make a bad situation worse. If you really got love for the 505, protect your shit. All you old heads need to speak up, call your family members and tell them to come home tonight,” Jones wrote on Instagram.

Jon Jones had a falling out with UFC president Dana White after talks related to a future fight against Francis Ngannou fell through.

According to White, Jones was asking a payday similar to what the former heavyweight champion Deontay Wilder made for fighting Tyson Fury last February.

Despite the constant back and forth between them, Dana White has respect for Jones’ accomplishments inside the cage.

“I’m the one actually saying there is no debate, there is no argument. He’s the GOAT. No matter what you think of his last two fights, the three people that matter said he won the fight. The guy’s gone undefeated. He’s fought everybody. He’s fought all the best in the world despite what he’s been doing to himself outside of the Octagon. Going through legal battles, drugs and alcohol, all the things that have gone on with Jon Jones, he is still the world champion.” White said last week. (H/T – MMAFighting.com)

Previous articleJon Jones bids adieu to UFC gold: ‘Veni vedi veci’
Next articleTriple H: Conor McGregor vs Vince McMahon in WWE will be a match made in heaven!