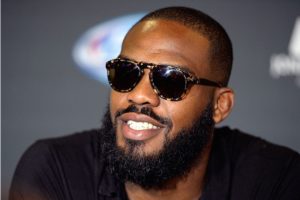 Jones had shared the details of the location where he was going to give away free coats and food on Sunday on his social media accounts. The champ purchased over 600 winter coats from Burlington Coat Factory and handed out to the people in need.

“We have a lot of homeless, we have a lot of mentally ill in this community, and a lot of these guys are just misunderstood,” Jones told in an interview with KRQE. “They need help, and keeping them warm is just going to be a great start for a better future,” Jones said.

It’s a blessing to give, spread love.

My way of saying thanks to the beautiful city of Albuquerque for showing me love over the years. I literally pray for this city every day. Merry Christmas guys

“My way of saying thanks to the beautiful city of Albuquerque for showing me love over the years. I literally pray for this city every day. Merry Christmas guys,” Jones posted on his Instagram account.

Jon Jones is currently scheduled to defend his UFC light heavyweight title against Dominick Reyes at UFC 247. The fight will take place on February 8, 2020, at the Toyota Center in Houston, Texas.

There’s also a huge possibility of Jon Jones moving up to light heavyweight division after his fight against Reyes at UFC 247.

“The time is going to be really close [move to the heavyweight division]. I wouldn’t be surprised if it happened in 2020. I was 240 not that long ago. Right now, I’m living with my nutritionist and I’ve built a home gym in my garage and I feel really, really good right now. I’m 230 with a six-pack.” Jones said in an interview recently. (H/T – MMANYTT.com)

Previous articleDonald Cerrone on throwing fight against Conor McGregor: ‘I’d rather fight for free than take money to f****ing lose’
Next articleFloyd Mayweather is the highest paid athlete of the decade