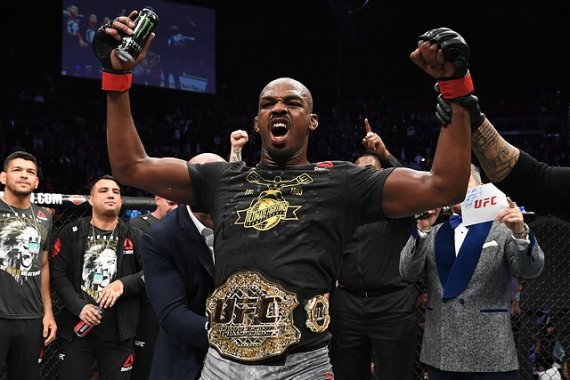 Jon Jones might have fooled the entire UFC Universe by teasing a fight against Stipe Miocic recently, but since then his real next fight has been revealed. UFC is targeting UFC 239 for Jon Jones to defend his UFC Light Heavyweight Championship against Thiago Santos.

Jon Jones tweeted about facing Stipe Miocic and even suggested a date in July. However, it turned out that he was only teasing a move to Heavyweight, as his fight against Thiago Santos had already been decided.

The fight is yet to be confirmed, but once finalised, will see Jones face Santos in the main event of UFC 239 on UFC’s annual International Fight week.

Since returning from suspension, Jon Jones has faced and defeated both the opponents he faced. At UFC 232 he defeated Alexander Gustafsson, and at UFC 235 he defeated Anthony ‘Lionheart’ Smith.

On the other hand, Thiago Santos is coming off a 4 fight winning streak, all of which has come in the span of only 7 months.  After his last fight, Thiago Santos talked about fighting Jon Jones, and has often said that he feels he might be the one to finally knock out Jones in the UFC.

If finalised, it will see the fighters face each other on the 6th of July show.