Jon Jones with a vicious message to DC. This rivalry will never end 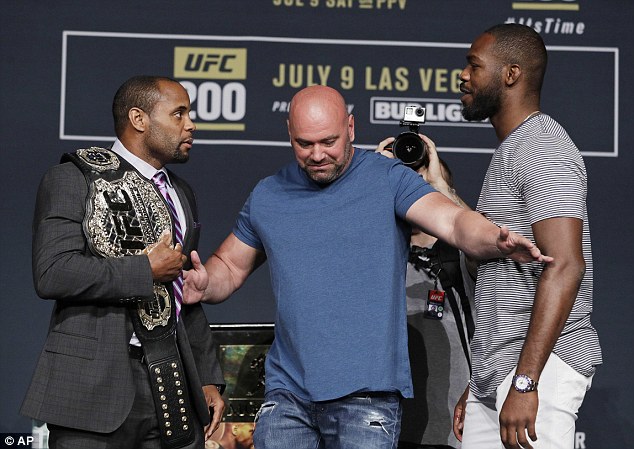 However, Jones getting away easy by USADA has visibly upset Daniel Cormier and he claims he wants nothing to do with the UFC’s anti-doping partner.

However, it looks like Jon Jones has had enough of Daniel Cormier’s trash talk and has fired back at him:

“You mad, Bro? USADA keeps calling but you’re not going to pick up the phone because the second you hear them say I’m innocent is the instant the illusion you’ve created shatters. Then it’s all real AGAIN and that’s not a step you’re willing to take. Instead you wrap yourself in your fake belt and keep telling yourself the shin that slammed into your face and the performance that buried you once again was enhanced. The fact you can’t beat me kills you and it stops you from picking up that phone. If you answer it then the nightmare becomes reality. Then again, maybe you do pick up, accept the truth that you were defeated by a superior fighter and that gives you peace. Or it goes another way and you get motivated to try a third time and that will save me the hassle of having to dig you up before I bury you. So now that the illusion you’ve built is crumbling and the “violation was not intended nor could it have enhanced the athlete’s performance” you still have to tell yourself something yeah? And while there was “absolutely no intention to use prohibited substances,” it was my intention to kick your ass once again. Mission accomplished. Pick up the phone #letstalkaboutit”

It goes without saying a Jon Jones vs Daniel Cormier trilogy without a doubt will draw huge pay-per-view sales and business wise it also makes sense.