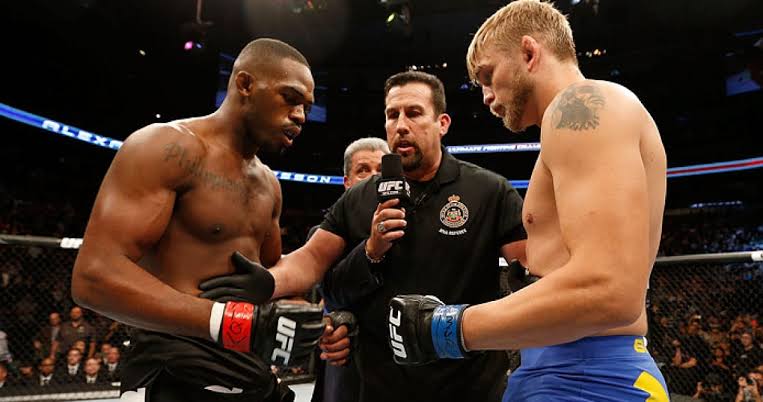 Jon Jones is all set to make his return in UFC as he is fighting Alexander Gustafsson for the light heavyweight title in the main event of UFC 232 at T-Mobile Arena in Las Vegas on Dec. 29 as reported by ESPN’s Ariel Helwani.

Daniel Cormier, who has been holding both the heavyweight and light heavyweight championships, will be stripped of the 205-pound belt once the bell rings.

Daniel Cormier has an upcoming heavyweight title fight against Derrick Lewis at UFC 230.

Jon Jones (22-1, 1 NC) who has not fought in more than 14 months, last competed against Daniel Cormier on July 29, 2017, at UFC 214. Jones won the fight with a third-round knockout, but the result was overturned as Jon Jones failed a pre-fight drug test.

Alexander Gustafsson (18-4) is ranked No.1 in UFC heavyweight rankings. He last fought on May 28, 2017, against Glover Teixeira which Gustafsson won in a fifth-round knockout.

They previously fought at UFC 165 five years ago, where Jon Jones defended his light heavyweight title and won by a close unanimous decision.