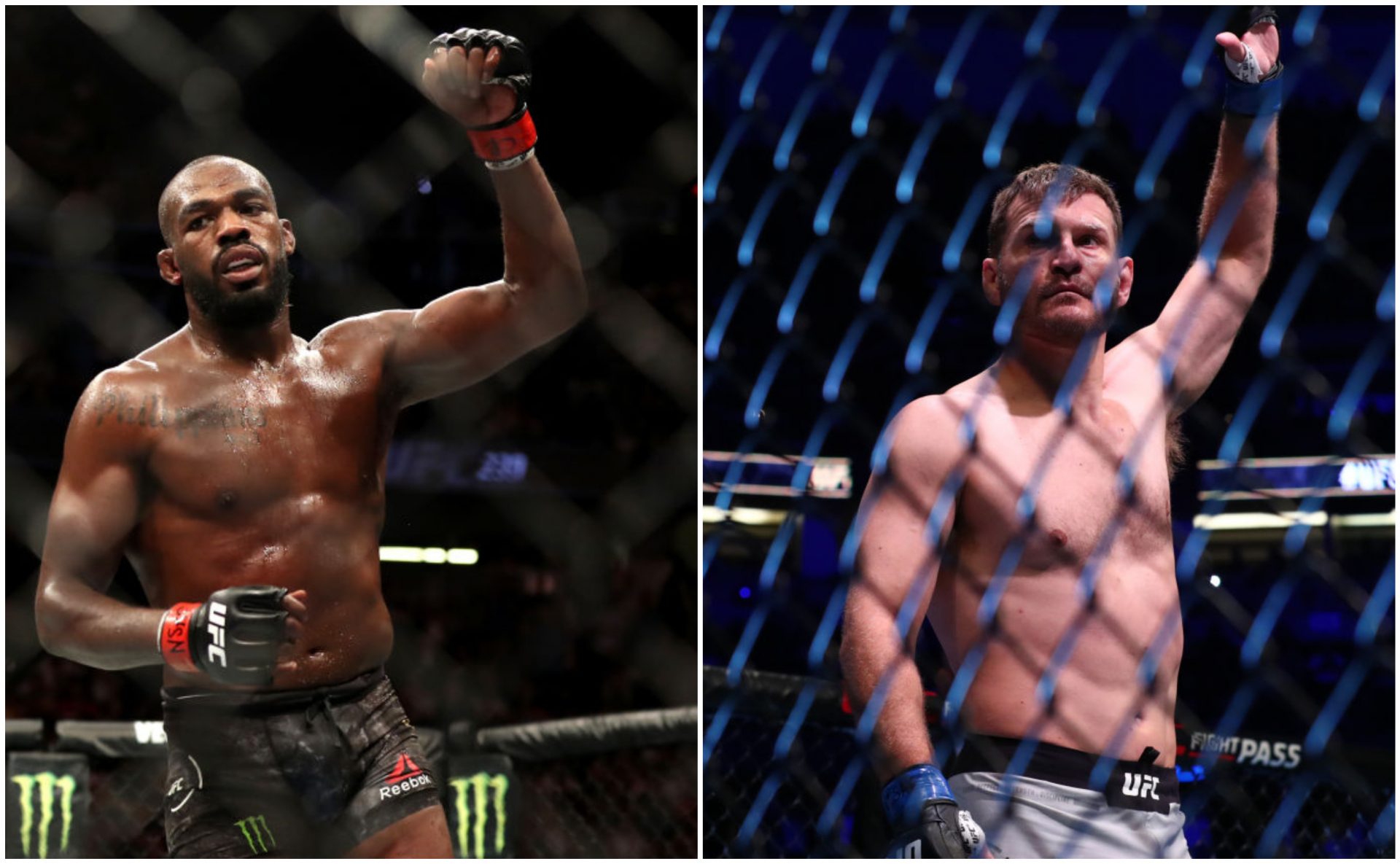 Jon Jones believes he’s a better choice than Francis Ngannou for champ Stipe Miocic’s next opponent. And he’s ready to welcome Brock Lesnar back to the UFC.

Two weeks after vacating the UFC light heavyweight title, Jones on Monday pitched a title shot for his first heavyweight fight, arguing he’s a much more attractive opponent that Francis Ngannou, who’s been promised the next crack at champ Stipe Miocic.

White has said Ngannou will get the next shot at Miocic, who earlier this month defended the belt with a trilogy win over Daniel Cormier at UFC 252. Miocic recently declared a rematch with Ngannou “isn’t exciting” two years after he handed the Cameroonian fighter a lopsided loss at UFC 220.

Jones vs Miocic: A Superfight

It would make sense for current champion Stipe Miocic to face Jones in a superfight of sorts, but as UFC president Dana White has indicated, the division doesn’t just stop because Jones enters it – no matter how great he is.

Francis Ngannou has been on a tear with four first-round knockouts and he seems primed to face Miocic again. White said as much after Miocic and Cormier, but it seems as if the champion has other ideas.

“Francis isn’t exciting to me, already put on a 25-minute clinic on how to beat him,” Miocic wrote on his Instagram story. “Want a new challenge! Would love to box.”

Meanwhile, Francis Ngannou had the following things to say:
“I see that they are not really clear on the answer of me deserving the title shot or where I’m fighting next. I don’t know what it is. I don’t understand why it’s not clear for them to say. It is a very frustrating situation right now. It’s not only what I want, but it makes sense.”

“So because I think I should be next in the line, it should be me, so yes, I would be upset about that.”

In a series of Monday tweets, Jones (26-1 MMA, 20-1 UFC) explained why he believes a fight with Miocic (20-3 MMA, 14-3 UFC) would make more sense than a Miocic rematch with next-in-line title challenger Francis Ngannou.

Stipe versus Francis is high risk low reward. Stipe versus myself actually makes a lot of sense for both of us. Now you actually have a super fight. Stipe loses the fight is gone

Stipe asked for a new challenge, why not fight the light heavyweight goat? Besides we’re way closer in size. What’s more exciting than that?

Jones agreed with recent comments made by Miocic, in which he said an Ngannou (15-3 MMA, 10-2 UFC) rematch wasn’t exciting.

Jones pointed to Miocic’s first meeting with Ngannou at UFC 220 in January 2018, when Miocic defeated Ngannou via a lopsided unanimous decision. Jones also mentioned how he, as the former longtime light heavyweight champion, would be a new challenge for Miocic and a true “superfight.”