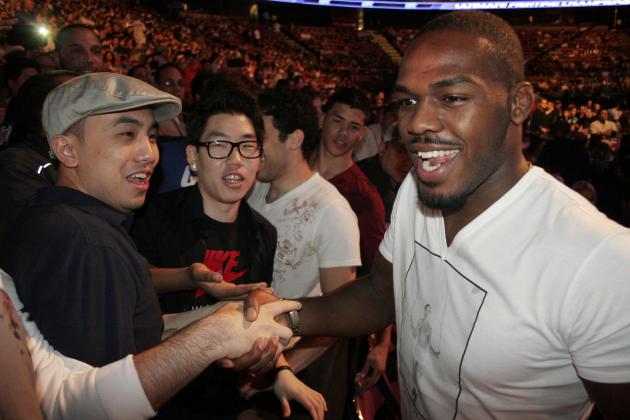 Jones came back after 15-months of inactivity because of him testing positive for Turinabol at UFC 214 in his fight against Daniel Cormier. He took to Instagram to post an inspirational message.

“When the tides shift in your life you not only take notice but follow where the momentum is taking you. My family and I came to Santa Monica after the fights to unwind, unplug and put the focus on those beautiful things that matter most in my life. I also ate a lot of chocolate cake but don’t knock my hustle because I earned that shit! But on the real, over last few days something profound registered in me. In my heart and mind, there has been a shift and it’s a hunger that’s raging. In the past, I would fight then shut everything down while I filled my schedule with partying and nonsense, but in the aftermath of reclaiming my belt, the only thing I want to do is get back in there. I want to step back into the cage and continue to prove why I’m the best light heavyweight in the world. I’m flying home tonight and heading right back to the gym to continue building my skillset. I’m going to get with my team and keep the cerebral game rolling as well. I’m mapping out the year ahead and I’m absolutely going to kick the shit out of 2019. I want to fight 3 times this year and leave zero doubt of my dominance as a champion. I’m going to do this because that’s what my passion dictates, but it’s also what you fans deserve. You’ve been down with me through thick and thin, and 2019 is going to be incredible. It’s all due to the fact I know what matters and why. So to those fighters in my division go ahead and line up because you’re all getting it. The King has returned and no one is sleeping easy but me now that I’m back. Same crown same reign new faces more pain. That’s what I’m bringing in 19.”