Jordan Burroughs has been talked a lot about in the MMA community on Social Media, he earlier made news when it was rumored that Conor McGregor has hired a two-time NCAA Division I national champion, and a five-time world and Olympic champion. 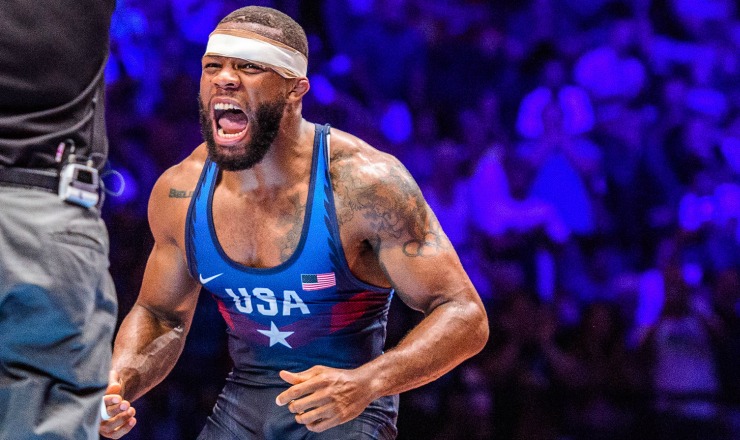 Even though he’s not involved in Mixed Martial Arts in anyways, he still voiced his opinion on Social media site Twitter and blasted MMA fighters on missing weight.

“I’m confused as to how some UFC fighters don’t know they’re over weight until they step on the scale for official weigh ins. Are there no check scales anywhere?” ~ via Twitter.

Jordan’s tweet came after Nicco Montano missed weight in her fight against Valentina Shevchenko and was transported to the hospital.

According to a Montano representative, she was dealing with kidney issues, which is seemingly related to a weight cut gone wrong. Montano went to the hospital prior to the UFC 228 official weigh-ins on Friday morning.

Although Nicco Montano’s situation is seriously concerning, it still couldn’t be ignored what Jordan Burroughs said, as he has competed at the highest level in Wrestling at the Olympics and has also won a gold medal and definitely knows a thing or two about weight cutting.