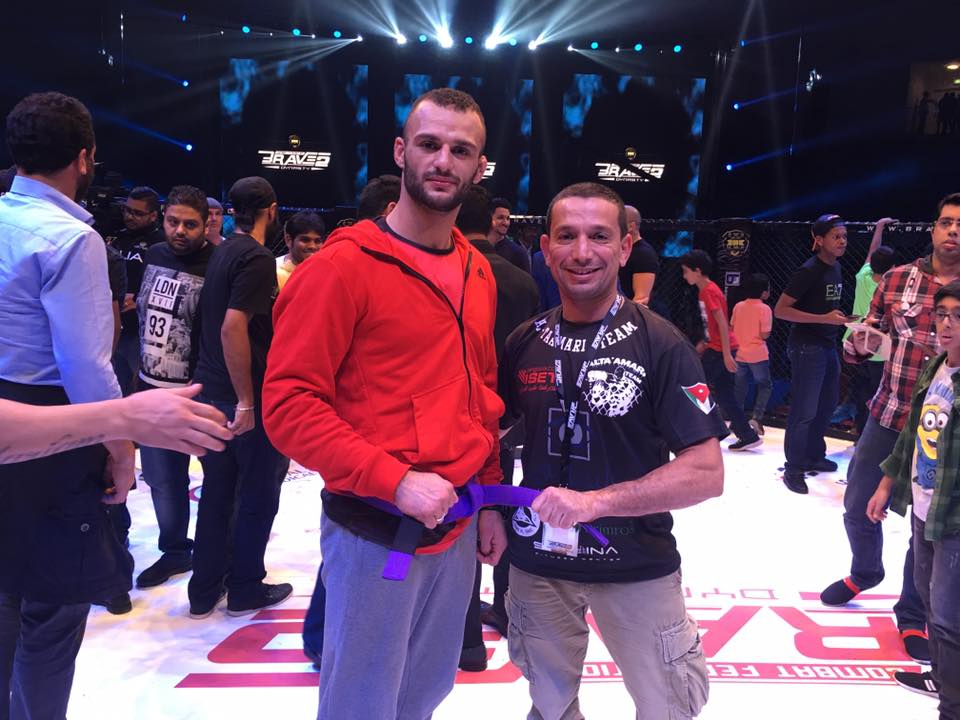 Samy Al-Jamal, who is a current coach at Kingdom Fighters gym in Jordan, has been described as a pioneer for MMA in the country. And as Brave Combat Federation prepares to land in Jordanian soil for the first time for Brave 10: The Kingdom Rises, on March 2nd, the Jiu-Jitsu black belt has praised the promotion’s initiative to help kickstart the sport in the country.

Al-Jamal has described the timing of Brave coming to Jordan as “perfect”, and says the event is already causing a “buzz” across the Kingdom.

“Brave is excellent, it’s a global event and it’s an organization that has created some buzz in the MMA world. To have an event of this magnitude here in Jordan, it couldn’t be better, the timing is perfect. We, Jordanians, are hungry for MMA, we love the sport and we’ve been on an MMA strike for quite a long time now and a lot of good fighters ready to perform but there’s no opportunity. So I think it couldn’t be better for Jordan, for the Jordanian athletes and fans having a global event here right now. This is awesome!”, exclaims Coach Al-Jamal, who is one of the highest-ranked black belts of Arabic descent.

Samy is responsible for training some of Jordan’s best fighters and, with his athletes, Jalal Al Daaja and Jarrah Al-Selawe, confirmed for the fight card, he will certainly have a busy night as a cornerman.

“In front of the crowd, their families and fans, I think it’s gonna be fireworks. Our fighters have been just improving their game and their performances and finishing most of the fights. So, I think they are gonna take advantage of the favorable environment and the home crowd and take it to another level, put their pride on the line and make sure they both finish their fights”, says Al-Jamal.

Previous articleUFC: Curtis Blaydes talks about fighter pay
Next articleUFC: Jon Jones’ manager Malki Kawa says there is a 95% chance that he fights again in 2018