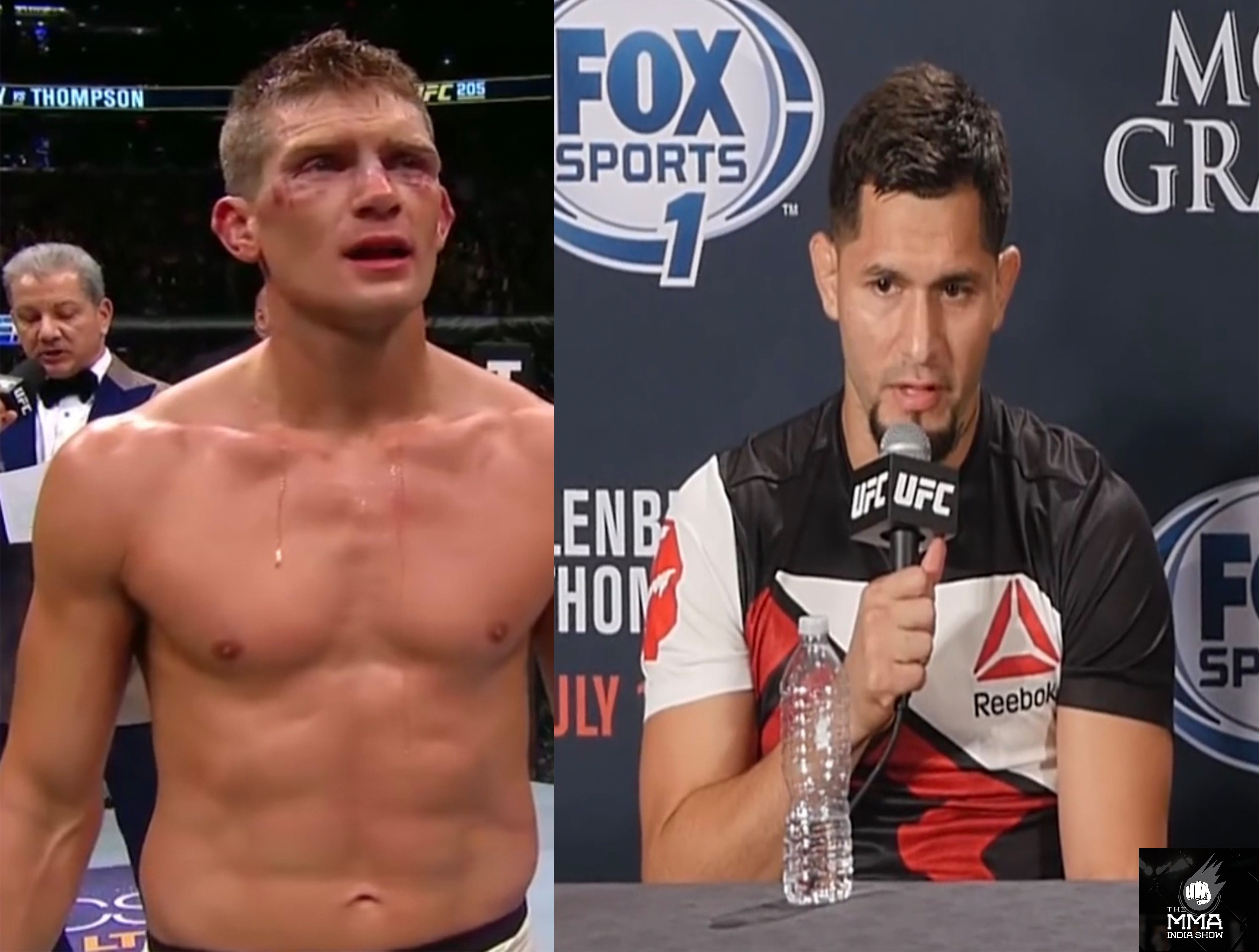 First things first, Stephen Wonderboy Thompson is also of the viewpoint that Jorge Masvidal won his fight against Demian Maia.

Stephen recently went through a knee operation and is expected to return to action in September-October.

After Jorge called him out in May,Stephen has not just accepted but shown an admiration for Jorge’s skills and noted the fact that Jorge is the current welterweight no.5 and has said he looks forward to fighting him on a couple of occasions.
Jorge of course is exhorting the powers that be to fix the fight unless Tyron wants to fight, which one is pretty sure won’t be fixed up anytime soon.
So mossi bhi tayyar, aur ladki bhi tayyar…ab kaahe kee deri bhai? 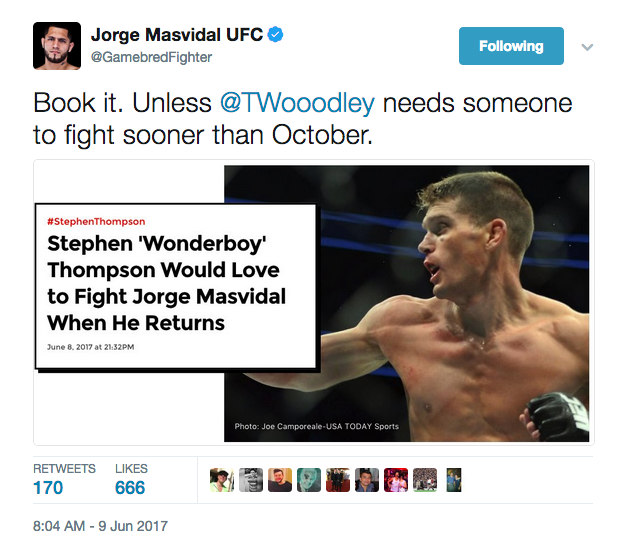 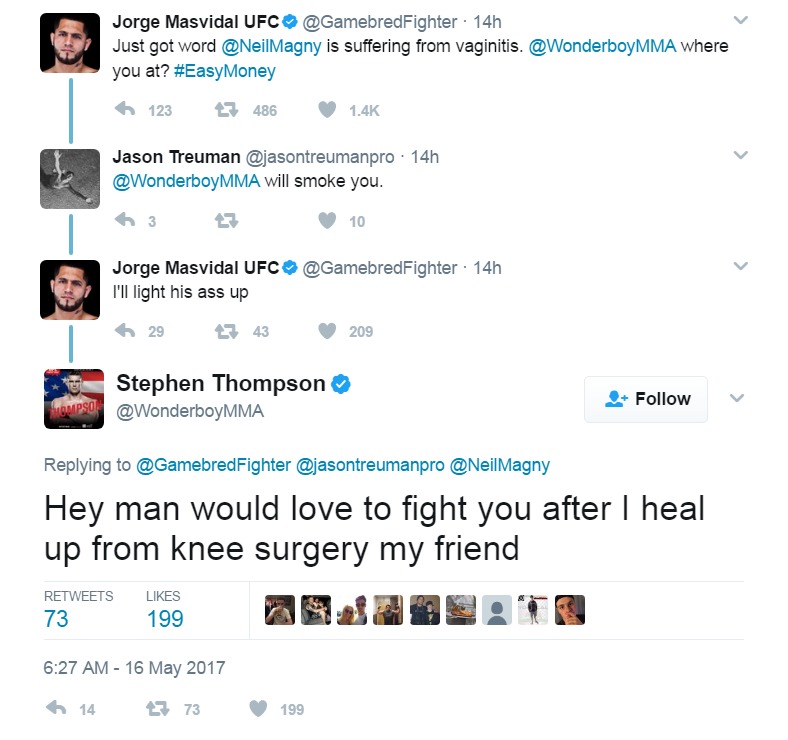