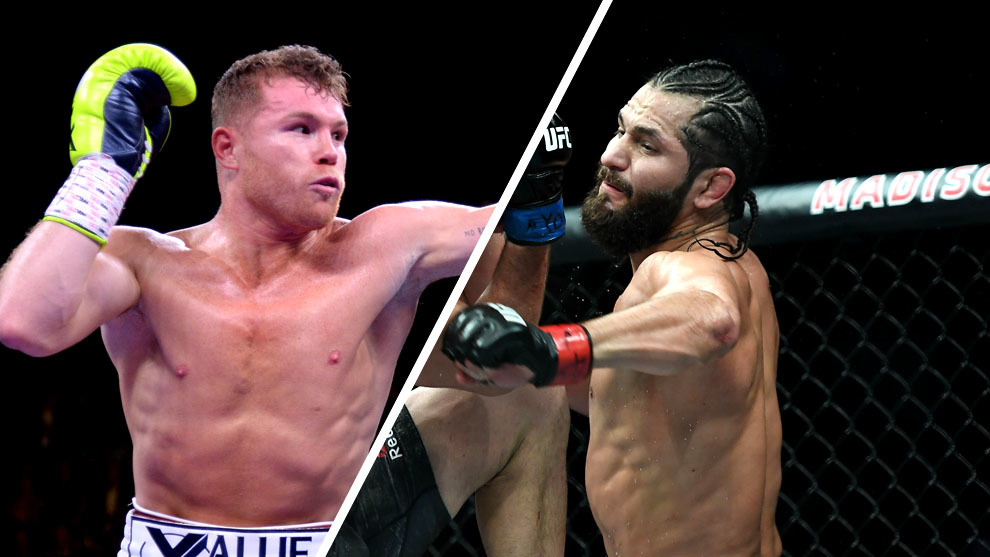 Jorge Masvidal was serving as a colour commentator for DAZN which was streaming the super-middleweight title fight between Canelo Alvarez and Avni Yildirim.

Canelo Alvarez knocked out Avni Yildirim in the third round. The fight started with Canelo not touching Yildirim’s gloves and in the opening minutes of the first round, both fighters took a measured approach. Canelo Alvarez landed some hard shots occasionally to the body with an uppercut, but there was nothing coming back from the Turkish challenger.

In the second round, Canelo Alvarez upped his volume as he landed body and headshots throughout the round, while Yildirim tried to fight back, he was too slow for the Mexican superstar. 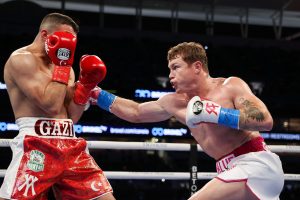 In the third round, Canelo Alvarez came out even more aggressively attacking the Turk to the body and head and with a hard left-right combo upstairs, he sent Yildirim crashing down to the canvas. As the third round ended, Yildirim’s coach Joel Diaz told him to fight back or he was going to stop the fight. However, seconds later, Yildirim declared that he didn’t want to fight and retired on the stool as the referee waved off the fight and Canelo Alvarez was declared the winner.

Jorge Masvidal talked about Canelo’s performance in an interview with IFL TV.

“I love to see the disparity, the great vast difference between the number one and everybody else,” Jorge Masvidal said. “Truly, Canelo is the pound for pound guy right now. Offense is looking insane. The defense looks great. And the way he’s getting his timing and distance? Ridiculous. I knew it was going to be a blowout, but I didn’t think it was going to be like that.” Jorge Masvidal said.

“After round one he was just pot shotting him to death. It was just interesting to see what he can do to a number one contender so easily. Brings up the question: who can challenge this dude at 165 pounds? Because I truly feel it’s his weight right here. I don’t see nobody at 165.”

Masvidal also talked about his chances against Canelo in a boxing match.

“He’s one hell of a boxer, my brother,” Jorge Masvidal replied. “Chances are limited, but I’m a dog in every fight I’m in.” (H/T – BloodyElbow.com)

Do you guys think we will ever see Jorge Masvidal take on Canelo Alvarez in a boxing match? Let us know in the comment section below.