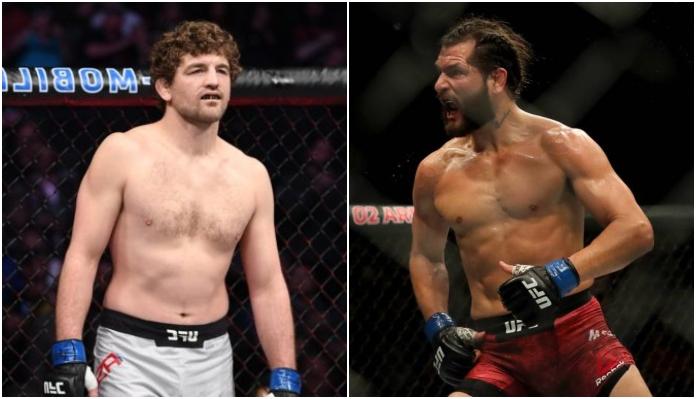 As a part of online twitter banter, UFC welterweight fighter Jorge Masvidal uploaded a funny and embarrassing picture of Ben Askren, who he is scheduled to fight on July 6th.

Along with the photo, Masvidal said the following :

Ben Askren, who is known to be outspoken in general, did not waste any time getting back to Masvidal with a bitter truth.

Ben Askren struck back with the following :

Jorge you just wish at some point in your life you had a belt to throw over your shoulder.

Jorge you just wish at some point in your life you had a belt to throw over your shoulder. https://t.co/B3Cp7nKKFR

BURN! Afterall, what Ben Askren is implying here is not wrong. Masvidal did compete for the Strikeforce lightweight championship but did not suceed in his mission to secure the gold as he was defeated by Gilbert Melendez. Whereas, the undefeated Ben Askren has won the ONE Championship and Bellator welterweight championships in his career up to now. Therefore, in terms of championship gold, Ben Askren is way ahead when compared to Jorge Masvidal.

However, who is really the better fighter? That remains to be seen, as the two lock horns on July 6th at UFC 239 from the T-Mobile Arena in Las Vegas, Nevada.

Who are you picking?

Previous articleRory MacDonald reels back retirement talks; to continue in Welterweight tournament
Next articleKorean Zombie vs Renato Moicano in the works for UFC Greenville