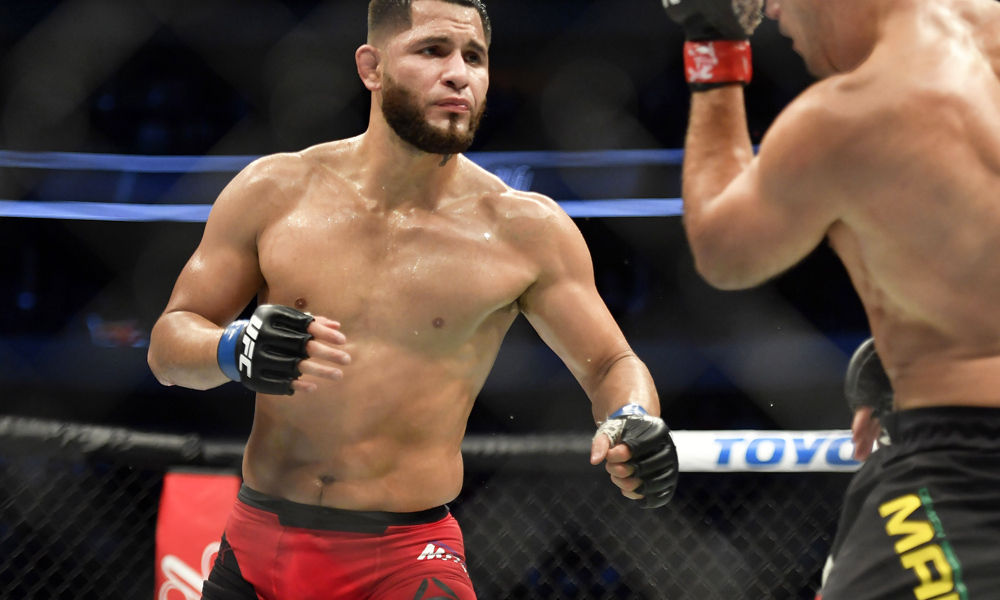 Jorge Masvidal is one of the top fighters in the UFC Welterweight Division, and he is planning to work his way further up the ladder this weekend. There he faces Darren Till in the main event of the night. Before he can get there, though, he had something to say about one of UFC’s newest Welterweights, Ben Askren.

Ben Askren recently called out Jorge Masvidal for a fight, but Masvidal did not take this well. Askren recently won his own debut fight in the UFC, which took place against Robbie Lawler. The win was a controversial one, as the referee stopped the fight while Lawler was apparently still okay to continue though locked in a hold.

Masvidal was quick to point this out and said that Askren was no one to call him out when he had not won his own fight properly. He commented on the fact that Askren had not even given Lawler a rematch despite the controversy. He said that a fighter should have the pride to give the rematch when the credibility of his win is being called into question.

“But that’s how much of a weasel and coward he is. No, no, I’m gone already. I wouldn’t dare repeat that route again. that just shows you his character. He’s a (expletive).”

Meanwhile, Masvidal will have to concentrate on his fight against Darren Till, which takes place at UFC Fight Night 147 this weekend.