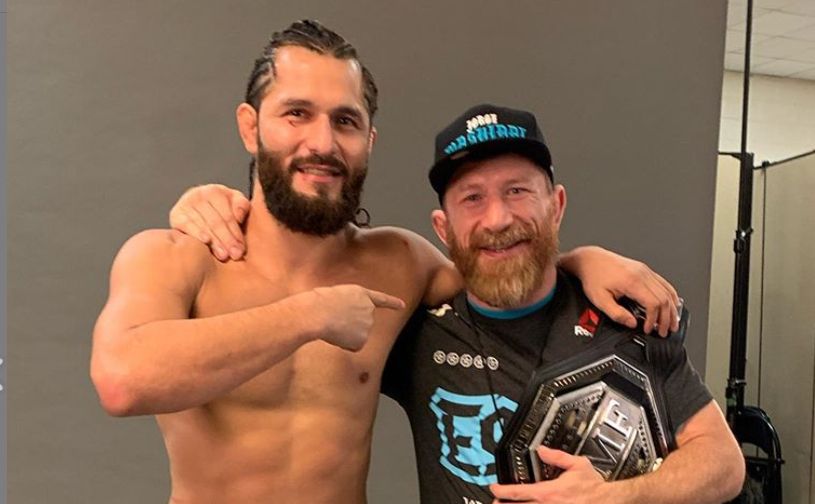 Head coach at ATT and Jorge Masvidal, Mike Brown has tested positive for Covid-19. As a result, he won’t be in Masvidal’s corner.

Combate was the first outlet to report the news. 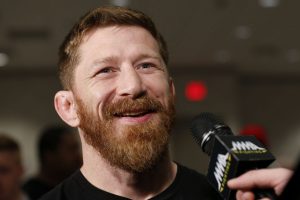 As per ESPN, Paulino Hernandez, Jesus Gallo and Abraham Kawa will be in Masvidal’s corner. They haven’t decided who the fourth cornerman will be. Mike Brown’s colleague and fellow coach at ATT, Gabriel de Oliveira also tested positive and was unable to travel to Yas Islands.

While Mike Brown won’t be accompanying him to Yas Islands in Abu Dhabi, he told ESPN’s Ariel Helwani that no one deserves the title shot more than Jorge Masvidal.

“Just heartbroken I’m not going to see Jorge win the world championship in person,” Mike Brown told ESPN. “Nobody deserves it more than this guy. Nobody has paid more dues. Jorge is also one of the most thoughtful athletes I’ve ever met. He makes everyone feel they are with him and a huge part of this journey.

“The truth is this guy has been honing his skills for more than 20 years and developed one of the highest fight IQs the sport has ever seen.

“As far as being COVID positive, I feel good. The only pain I feel is in my heart.” Brown concluded.

Masvidal stepped in on short notice to fight Kamaru Usman after Gilbert Burns tested positive for Covid-19. Masvidal and the UFC were able to come to the financial agreement and the deal was made for ‘Gamebred’ to step in on six-days notice to save UFC 251’s main event.

UFC 251 is loaded with high exciting fights, which fight are you most excited about? Let us know in the comments section below.

Kamaru Usman reveals he was about to have his first beer in 10 months when Masvidal fight materialized!

Previous article
Here’s how you can be a part of UFC’s exotic Fight Island!
Next article
Dustin Poirier reveals Jorge Masvidal has been training for Kamaru Usman for weeks
- Advertisement -