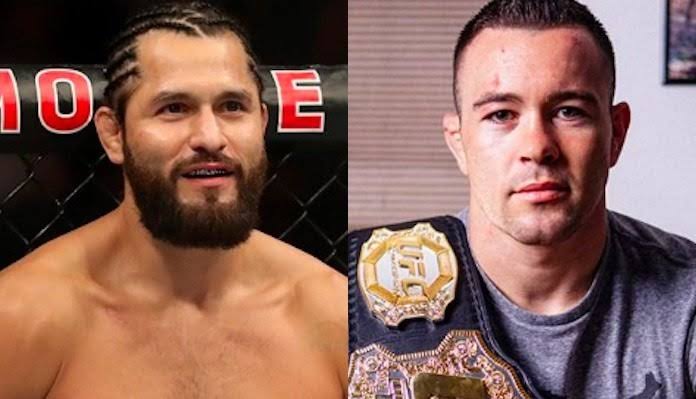 It all started back in Sao Paulo courtesy of Covington’s infamous post-fight octagon interview. Covington had some slurs for the Brazilian people which didn’t go well against a large number of Brazilians training at ATT. Things got even worse when bad blood started arising between ‘best friends’ Jorge Masvidal and Covington. Covington in his bid to promotion said some things which added to it. 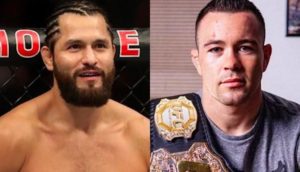 Speaking with renowned MMA reporter Ariel Helwani on ESPN, the ‘BMF title holder’ took a jab on Covington’s inactivity after suffering a broken jaw in his last fight. Masvidal mockingly said Covington has a secret service protecting him from other teammates. (via YouTube):

“When you see this dude, you can’t even touch him. And he’s like, ‘I’m telling you, I am going to fuck his ass up, I’m tired of this shit.’ So I tell him he’s got like, I don’t know if Trump hired them or something, but he’s got secret service for him. It’s nuts because you can’t even look at the guy, he’s got too many people. But nah, that dude don’t go to the gym, man. He’s a punk and he got what he deserved.”

Covington suffered a fifth round TKO loss against champion Kamaru Usman in his last fight at UFC 245. Masvidal and Covington were good friends even until July last year when Covington helped Masvidal prepare for his fight against Ben Askren at UFC 239. However things took a hostile turn after that.

Had he won against Kamaru Usman, there was a strong chance of a fight between him and Masvidal as well. Covington reportedly is on bad terms against former best friends Dustin Poirier and Joanna Jedrzejczyk as well.