Jorge Masvidal has plenty to accomplish before he retires from MMA

There’s that old saying that MMA fighters just don’t know when to quit – inside and outside of the octagon.

But Jorge Masvidal, contrary to the stereotype, knows exactly when he is going to hang up his gloves… and what he plans to accomplish before then.

The Miami welterweight sat down with MMA Mania to reveal his future plans after setting the division alight recently, and claimed that he has ‘got about three years left’ before he takes retirement.

“Not because I need to, but because I want to. I’ll have enough money and everything I wanted to accomplish in these three years,” the 35-year-old said, referencing the big money fights that could well be on the horizon.

After a controversial points defeat to Demian Maia in May 2017 that saw him slip down the welterweight pecking order, you could have forgiven Masvidal for walking away from the sport.

He went again, this time losing out to Stephen Thompson six months later, and his days as an elite-level fighter appeared to be over.

But motivation and redemption can often be found when least expected, and after a year-and-a-half away from the octagon, Masvidal returned fitter, stronger and more determined to raise hell than ever. He went to the UK and demolished Darren Till on home soil, before producing a moment of history in his five-second win over Ben Askren – the quickest victory in UFC. 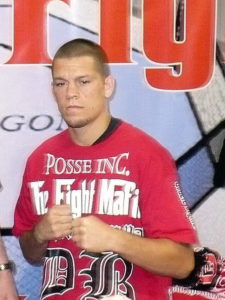 That made Masvidal a viral star on the internet, but he was determined to prove he was much more than just a meme. And he did so in brutal fashion, forcing doctors to stop his fight with Nate Diaz, such was the amount of punishment taken by his opponent.

Some of his words in victory rankled MMA legend Nick Diaz, who claimed he wanted to come out of retirement to take on his younger brother’s tormentor, but Masvidal has set his sights on a date with destiny…

Given his undoubted talent and love of a tear up, it is something of a surprise that Jorge Masvidal has ever struck gold in UFC.

There have been title fights, but the big ‘W’ has remained elusive. However, you sense that Masvidal 2.0 is better placed than ever before to finally taste the ultimate success.

He, like everybody else, will be tuning in to UFC 245, where the current welterweight strap-holder Kamaru Usman takes on Colby Covington in the main event. The champion is a warm favorite with sites offering betting in India, so fight fans hoping for a grudge match between Masvidal and the challenger sometime in 2020 might just be left disappointed. 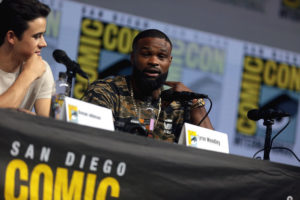 Of course, the winner of Usman vs Covington will be very much on ‘Gamebred’s’ radar in the year ahead, although the presence of Tyron Woodley as the top-ranked contender in the division complicates matters.

Could Masvidal take on Woodley in an eliminator in the first half of the new year, before tackling the champion in the second?

“Before I close the next chapter, I’m gonna get that belt and whoever has it, I’m gonna take their head off,” was his rather terse comment on that topic.

So it doesn’t really seem to matter who he faces: Masvidal is ready to raise hell in 2020 and beyond.

Previous articleWatch: Cowboy moving motivational speech to a young MMA fighter who lost an amateur bout
Next articleAli Abdelaziz: Conor McGregor is a quitter; Gaethje will ‘beat his a**’