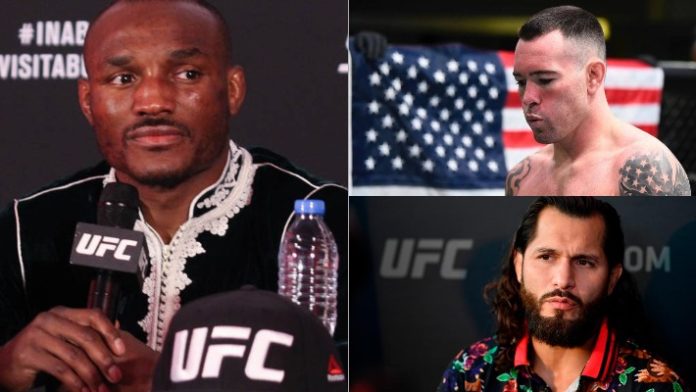 Last week, Kamaru Usman knocked out Jorge Masvidal in the second round with a brutal right hand. Following the fight, Dana White said that Usman was going to fight Colby Covington in a rematch. 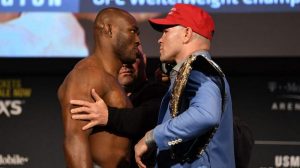 Speaking to ESPN, Jorge Masvidal shared his thoughts on the upcoming fight between Colby Covington and Kamaru Usman.

After having felt Usman’s power, Jorge Masvidal thinks the rematch between Usman and Colby will go the same way as the first fight.

“I think Kamaru keeps his hands up and comes to fight Colby the same fight that he did the first time. He just puts a thorough beating on him,” Jorge Masvidal told ESPN on Monday. “Colby will try and get some takedowns on him, and it might not work. Colby’s gas tank with other wrestlers is not something he wants to do. That’s why he didn’t take a shot in the first fight because he knows he’s gonna have to get tired.

“As long as Kamaru is in wrestling shape and comes in the same as the first time, hands up, pressuring him, I think he breaks him again. His hands are where they need to be at right now. I bet he’s gonna have more confidence than ever because he knows I’m somebody that’s never been finished so he can definitely take that with a pride of honor, put his hard head on, keep getting the work. I think he gets a finish on Colby.” Jorge Masvidal concluded.

Who do you guys think wins the fight between Colby Covington and Kamaru Usman? Let us know in the comment section below.

Previous articleLogan Paul vs Floyd Mayweather official for June 6 in Miami
Next articleJake Paul not interested in MMA fight against Daniel Cormier, wants to box him instead