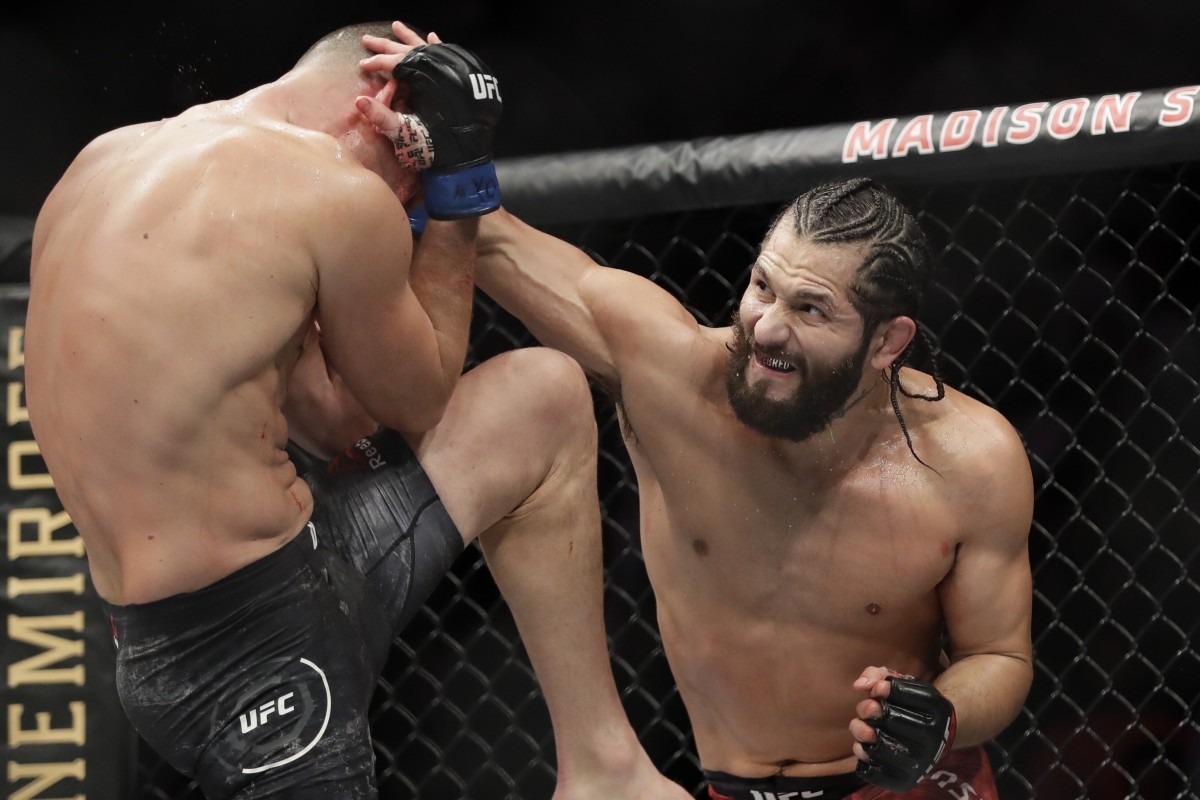 BMF Champion Jorge Masvidal is currently at odds with the UFC. The Miami born native has constantly been taking shots at UFC and Dana White over fighters pay.

While he currently doesn’t have a fight scheduled, he has still been very much active in the gym and training. Prior to negotiations for the Kamaru Usman fight actually falling off, Masvidal was having a serious training camp in hopes of coming in terms with the UFC.

While he currently doesn’t have a fight scheduled he has been helping his teammate Dustin Poirier get ready for his fight against Dan Hooker last weekend at UFC on ESPN 12 in Las Vegas. 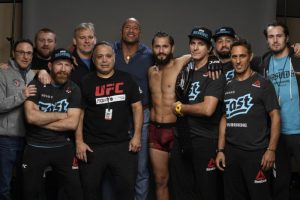 ATT head coach Mike Brown gave an insight on how Jorge Masvidal helped Dustin Poirier in his training camp ahead of the Dan Hooker fight.

“He was also helping Dustin get ready. They sparred a handful of times for this fight. Jorge is a chameleon. He can mimic anybody. He’s got a lot of tools to pull from so he did an excellent job of giving Dustin a good look for Hooker.

Mike Brown stated that Jorge Masvidal is ready for his Octagon return and will do so once the UFC meets his monetary demands.

“Masvidal’s there. He’s ready to go,” Brown said. “Once they come to an agreement, they give him the money he’s worth, then we’ll have a welterweight champ.”

“He’s a guy who also to his credit, he’s always developing new tools,” Brown said. “He’s always developing new weapons. Probably more than anybody. Sharpening his knives. Putting in the hours. Sometimes too many hours. He’s a guy who will literally be in the gym for four or five hours at a time working. He’ll do that on occasion where it’s too much but he loves long sessions. It shows.

“It shows why he can do a lot of different things. He’s got a lot of weapons in the tool box.” Brown concluded.

Who do you guys want to see Jorge Masvidal fight next?

Previous articleDustin Poirier shows off after effects of brutal fight against Dan Hooker
Next articleUFC News: Dan Hooker reveals what happened when he ran into Dustin Poirier in the hospital about their fight