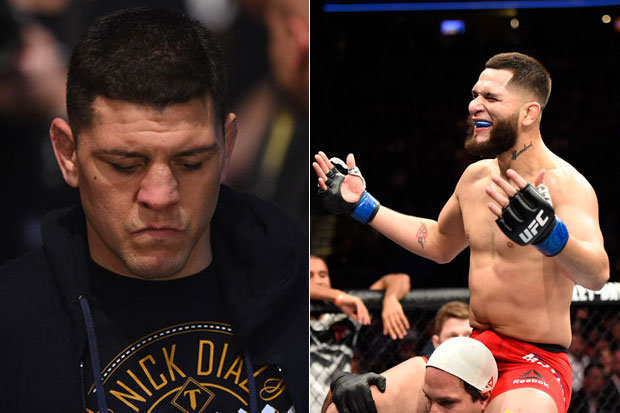 UFC offered Nick Diaz to fight Jorge Masvidal at UFC 235 at the T-Mobile Arena in Las Vegas, but it didn’t look like the elder Diaz bro was interested to fight. With Diaz showing no interest in fighting, Masvidal has moved on to the next big thing which is Neil Magny.

If Diaz had accepted the fight, it would have been his first in nearly four years but Nick Diaz told ESPN that he didn’t appreciate UFC lowballing him. Meanwhile, Jorge Masvidal had agreed to fight and had reportedly signed his bout agreement.

“I think it’s rude of the UFC to try and lowball me and expect me to negotiate a deal while I’m training for a fight,” Diaz said. “It’s not gonna go down like that. If anybody wants to fight me they know where to find me. I’m not a hard guy to find. Come get some.

“I have a lot going on trying to manage a few different businesses. Once things make sense for everybody in that they actually have some fighters that they respect and I respect, we can try and come to a deal and do a show. That’s how I feel.”

Jorge Masvidal took to Twitter to call out Neil Magny.

Everybody waiting on me to respond. I’m just waiting on a fight I need to get paid @NeilMagny where you at? #easymoney

Magny is coming off a fourth-round knockout loss to Santiago Ponzinibbio in the UFC Fight Night 140 headliner in November.  Whereas Jorge Masvidal is coming off of a unanimous decision loss to Stephen Thompson at UFC 217.

Previous articleDominick Cruz to be out for another year following shoulder injury, refuses to retire
Next articleAnderson Silva explains to Jacare why he’s been promised a title shot: “Jaca it’s not me. It’s Dana White!”